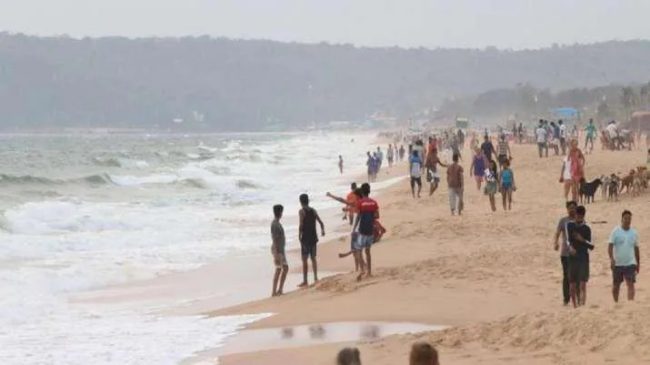 Goemkarponn desk
BAMBOLIM: With 1166 cases, the commercial capital of Goa, Margao is the worst hit by the second wave of COVID 19.
The party capital of Goa, Candolim-Calangute is the second worst hit with exactly 1000 cases as on April 23, 2021 while the fastest developing satellite town Porvorim is the third in place with 942 new cases.
Vasco, which saw major mortalities and cases during the first phase of COVID19 has 693 active cases as of now.
The Capital city of Panaji and North Goa Commercial Capital Mapusa have 685 and 655 cases respectively while Ponda has 543 active cases.
Margao is severely hit due to its slums, wherein there is no norms followed of social distancing, masks etc. besides there have been many cases reported from Gandhi market area.
Amidst the COVID19 surge, The Goa government has imposed a night curfew from 10 pm to 6 am starting today till 30 April to prevent the spread of Covid-19.
All restaurants, bars, casinos and cinema halls will be allowed to operate at 50% capacity.
Recently, North Goa’s coastal belt has emerged as the state’s main Covid-19 hotspot, with Baga and Calangute being classified as “very high risk areas” in a study conducted by Goa Medical College’s (GMC) department of preventive and social medicine.
The study on Covid-19 cases and emerging patterns show that Covid-19 hotspots shot up from 130 to 179 locations in a single day, predominantly along the beach belt in Bardez where “partying and tourism is going on”.
At the moment, these three North Goa beach villages are recording hordes of long-staying tourists and work-from-home professionals, who have come over in the last few months, in wake of the pandemic. On the other hand, one of the biggest towns in the state, South Goa’s Fatorda and the port city of Vasco da Gama and Gogol, are also on the list of ‘very high-risk areas’.
The study conducted by the Goa Medical College, has also identified urban hubs like Porvorim and St. Inez, both suburbs of Panjim, and Mapusa, under the same category. They have further been coded pink in the study, administered in North Goa districts. It is also reported that this research had also influenced the decision of the state authorities to impose a night curfew from 10 PM to 6 AM, till April 30.
The study has mapped the entire expanse of the state with the use of GPS and consequently, it has been observed that most of the identified high-risk regions are located in the populated and tourism-friendly coastal belt of Goa. the sunshine state has witnessed a deluge of COVID-19 cases over the past few weeks, in sync with the infection patterns witnessed in most parts of the country.
Keeping the steep spike in view, Class 10 and 12 board examinations which were scheduled to be held in the months of April and May, have also been postponed. Dr. Shivanand Bandekar, Dean of Goa Medical College, stated that people who have developed COVID-like symptoms and are awaiting test results, should focus on building their immunity by consuming the prescribed medication.