*Situation will be under control by 10.30 PM, says IDC Chairman 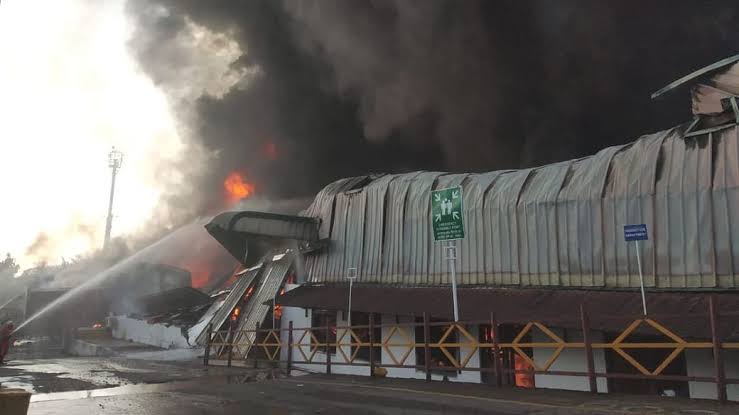 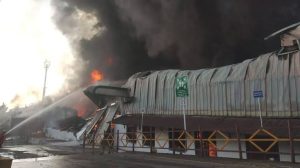 PILERNE: A massive fire broke out at Berger Becker Coatings Factory at Pilerne Industrial Estate. The blaze began at 2.40 pm in the afternoon.

No one has been injured in the incident. Short circuit is suspected to be cause of fire.

The factory contained large quantity of paint and chemicals due to which the fire escalated and engulfed the entire factory.

Several fire tenders from nearby towns including Pilerne, Porvorim, Mapusa, Panaji, Kundaim, Ponda, Curchorem and Margao have been pressed into service to control the raging fire.

Also, water tankers both private and Navy were also put to task to curtail the spread of fire to adjacent buildings.

IDC Chairman Alexio Reginaldo Lourenco said that fire tenders were called in from across the state.

He further said that Foam has been requisitioned by fire fighters to control the fire and if equired, help will be sought from Indian Army.

Sources said that blasts were being reported from inside the factory which had huge quantities of chemicals stored inside.

The fire was so huge that the smoke from the flames was visible from several kilometers away, including Panaji.