MEGA GOA SCAM: One kingpin A Neighbour of Civil Supplies  Director, Another Business Partner of a Minister’s Relative 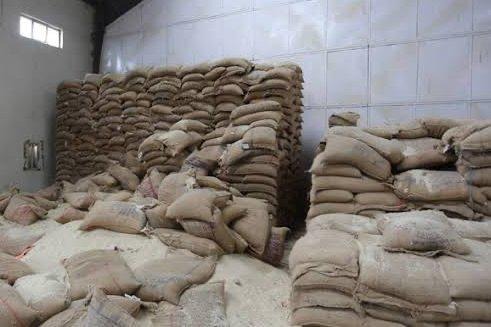 SURAJ NANDREKAR/
Goemkarponn
PANAJI: Even though Chief Minister Dr Pramod Sawant has given a clean chit to the Civil Supplies department and blamed the Fair price owners for the foodgrains scam, the reality seems to be far different.
Investigations by Goemkarponn have now revealed that the accused in the case are highly influential and close to the people at the helm, and thus the contention of clean chit to Civil supplies officials is questionable.
The Crime Branch investigating the case has identified two prime accused in the case, Sachin Naik Borkar and another, Virendra Mardolkar.
Sachin Naik Borkar, who has been involved in the foodgrains pilfering cases earlier, is the business partner of a relative of one Cabinet Minister.
Borkar is the partner of the brother-in-law of a Cabinet Minister.
Also, the second accused, Virendra Mardolkar, is the neighbour of Director Civil Supplies Gopal Parsekar at his ancestral house in Mardol.
“This is no coincidence, and the accused are highly influential. In fact, they have been running the illegal business for over a decade now,” said an official on condition of anonymity.
The Goa Police’s Crime Branch had on Tuesday raided a private godown at Nagzar, Curti and arrested five persons. Several vehicles were seized with stocks of grain worth several lakhs of rupees being allegedly smuggled to the neighbouring State of Karnataka.
The CB team was working on a lead for over a week and had formed three teams – each headed by a police inspector – to raid the premises at Curti, Kundaim and Borim and another batch of officers was sent to Hubli to apprehend Prakash Korishettar.
The Civil Supplies Department, meanwhile, has reported that there is no discrepancy in the stock of food grains in its 11 godowns across the State. The Crime Branch has also started inspection at the Civil Supplies godown at Bethora, Ponda as part of its probe.