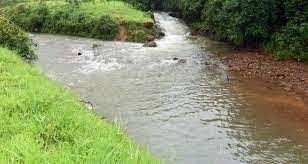 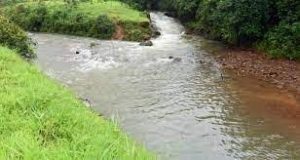 Goemkarponn desk
PANAJI: The Opposition parties on Friday lashed out at Chief Minister Pramod Sawant and the Bharatiya Janata Party, accusing them of betraying the state’s interest in the ongoing legal and political battle against Karnataka over the water of the Mahadayi river.
The chief minister has, however, maintained that he and his government are committed to protecting the interests of the state in the ongoing inter-state water-sharing dispute.
Goa Forward President Vijai Sardesai has alleged that the Mhadei deal was struck during Chief Minister Dr Pramod Sawant’s visit to New Delhi.
“The deal was finalised during CM’s visit to Delhi, wherein he met the top leader of the country. BJP leader CT Ravi and Karnataka CM Basavraj Bommai were also present,” he said.
Vijai added, “at that meeting, Goa CM was clearly told Centre is granting approval for the Mhadei project.”
He added, “our spineless CM came back shamelessly without uttering a word.”
Earlier, Vijai took to Twitter to react to CWCs approval saying, “LAST CHANCE FOR #GOANS TO TAKE SELFIE WITH #MHADEI, @goacm? The betrayal of ‘more than a mother’ #Mhadei is complete & total with @DrPramodPSawant surrendering to @BJP4India & Karnataka! Is killing # Goa’s river of life your #NewYear gift to #Goemkars!?”.
Leader of Opposition Yuri Alemao said, “Let Chief Minister Dr Pramod Sawant take the lead in submitting all 40 MLAs’ resignations to protect Goa’s Interest in River Mhadei. Let him walk the talk on Mother Mhadei. BJP compromised on the interest of Goa.”
Yuri added, “I demand days of the upcoming Assembly Session must be extended with a full day debate on Mhadei. Let the Government table all documents pertaining to Mhadei in Assembly.”
AAP MLA Capt Venzy Viegas said, “Central Water Commission nod for K’taka’s Kalasa & Bhandhura dams to divert Mhadei waters is grossly damaging to Goa. The need of the hour is for all of us to sink differences, draw robust strategy and counter it. @DrPrmaodSawant set up a committee of all party floor leaders urgently.”
RG St Andre MLA Viresh Parab also demanded a special assembly session to discuss on Mhadei issue.
“I will also write to the Prime Minister about this. Goans will be deprived of water, and Goans will die,” he added.
In a shocking development on Thursday, Central Water Commission (CWC) cleared the diversion of 1.72 TMC of water from the Kalasa Dam and 2.18 TMC from the Bhandura dam.
Following the clearance, the Central government accepted the Detailed Project Report (DPR) of the state government.
Based on the technical appraisal by the CWC, the DPR of the Kalasa Nala Diversion Scheme and Bhandura Diversion Lift Scheme are found to be acceptable from hydrology and inter-state aspects.