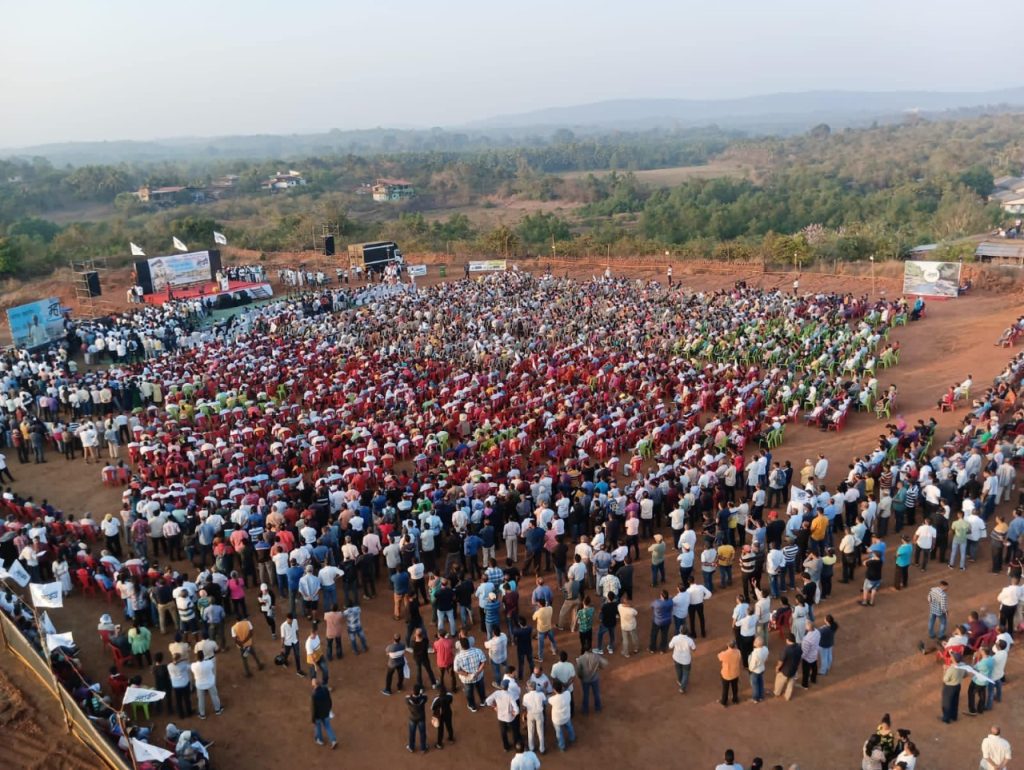 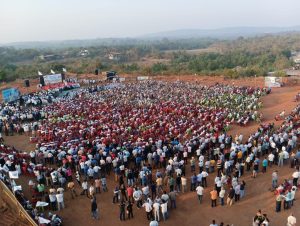 Goemkarponn desk
PANAJI: A public meeting of like-minded people and organisations on Monday passed a resolution that the Central water tribunal must withdraw the approval given to the Karnataka government’s detailed project report for the construction of dams on Mahadayi river.
Environmentalists, including secretary of Mahadayi Bachao Abhiyan Rajendra Kerkar and political leaders such as the Goa Forward Party’s Vijai Sardesai and Trinamool Congress Party’s Kirti Azad addressed the public meeting held at Sankhalim, the constituency of Chief Minister Pramod Sawant.
As per the resolution, the Goa government should not fall short in its efforts to save Mahadayi and should not sacrifice the river owing to any kind of pressure from anyone.
It further said that any attempt to divert the natural water course of Mahadayi will have a severe impact on the population in six talukas of the state who depend on this water for drinking.
“It will also affect the flora and fauna of the river valley, as well as the people’s life and culture in the area. Diversion of the Mhadei water source will threaten the existence of the Western Ghats, which is recognised as a UNESCO World Heritage Site, along with the fishermen, farmers, paddy fields, cultivated lands and biological resources that depend on the water of the river,” the resolution read.
The participants of the meeting demanded that the approval given to the detailed project report of the Karnataka government should be withdrawn as soon as possible.
Goa and Karnataka have been engaged in a dispute for several years now over the distribution of the Mahadayi river water and the construction of the dams on Kalasa and Banduri tributaries of the river.
“Goa may be smaller than the neighbouring states in terms of population and geography, but the aspirations of the people of Goa are not small,” the resolution read.