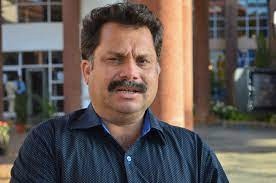 PANAJI: Minister for Power Nilesh Cabral, in a scathing attack on former BJP MLA and minister Michael Lobo said that the former was a “pampered rotten mango.”
Reacting to Lobo’s resignation from the BJP and reports of him joining Congress, the former MLA was never with BJP despite being pampered.
“He always raised meaningless issues. He was given too much importance in the party,” he said.
Cabral said that late Manohar Parrikar pampered him too much, and despite being his mentor, Lobo constantly criticised late CM also.
Cabral said it is good that Lobo has left and is joining the Congress party.
“If Michael joins Congress, I can imagine the future of that party,” said Cabral.
Cabral also congratulated Lobo for leaving the party as many leaders were hurt because of him.
“..now those leaders will work hard and prove their loyalty. We will win the Calangute seat and show Michael Lobo party loyalty. We will also form the next BJP government,” he said.
“Michael is that rotten mango who spoilt the whole bag of mangoes. Many leaders, even. Dr Pramod Samant, Laxmikant Parsekar has supported him, I have supported and stood for him in many ways. Despite this, he always complained that saying most of his works were pending,” he said.