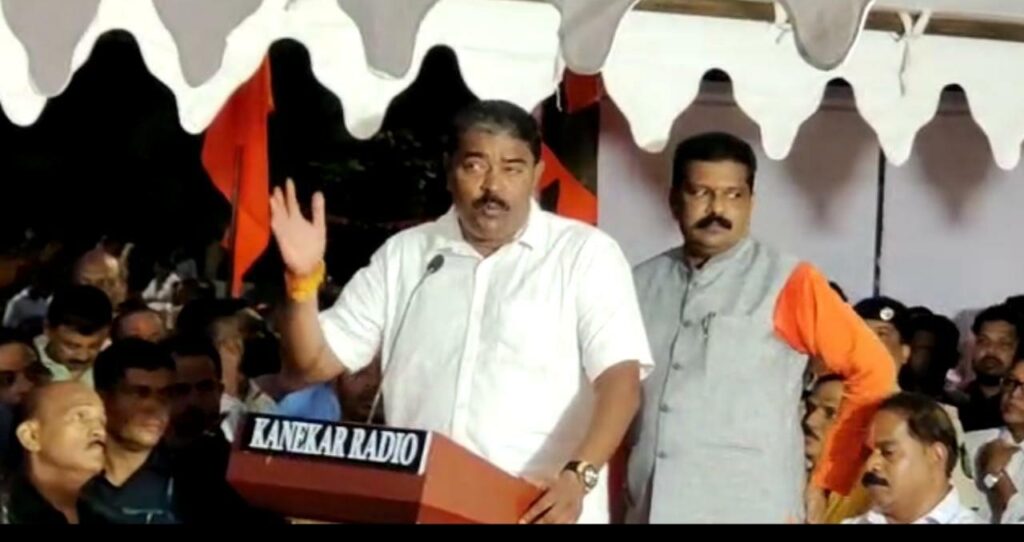 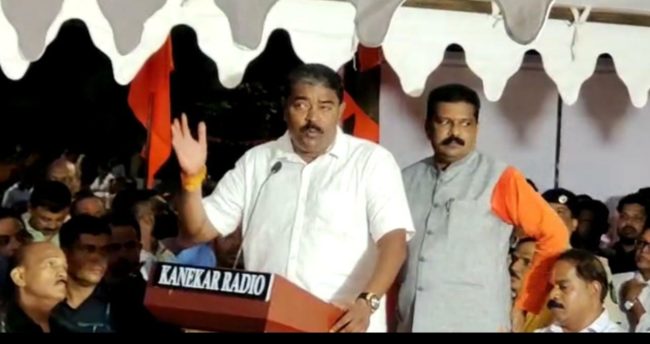 MORMUGAO: Mormugao MLA Sankalp Amonkar has urged the Goa government to promote tourism-related activities in the Mormugao constituency and has also asked for the restoration of the ancient cave Mormugao Fort from a tourism angle.
During the Grande statue unveiling function at Chicalim on Monday late evening, Mormugao MLA Sankalp Amonkar, in his address, said, “It is a great matter of pride and a sense of achievement for all of us and entire Goa, thanks to the Murgao Hindu Samaj (MHS) led by Nana Bandekar, that we have today inaugurated the world’s tallest standing statue of Shivaji in Chicalim at the hands of CM Dr Pramod Sawant. The entire credit for this goes to MHS and its team for achieving such a feat in Mormugao Taluka.
He further said, “Secondly, I have appealed to the CM Dr Pramod Sawant that there is a historic fort at Sada in Mormugao Constituency that needs immediate government attention.”
The Fort, which has a huge view of the entire Arabian sea, also has a cave, and there is a history that the cave led to smaller forts at the base of the hill in an area called Shyam Bhaat, and we have heard these stories from our ancestors as well. I have requested the CM to restore this Fort because a portion of the historic Fort has been taken over by MPA, and there is no proper entry access way for the common people to visit this Fort.”
He said the CM has assured to take up the restoration, open the access for the people so that the history of the Fort, its secret cave can be opened for people so that people get to know the history of this port.
“Once this happens, this can be a tourism spot, further boosting the entire taluka’s economy and creating self-employment opportunities for Mormugao Constituency people,” said Amonkar.