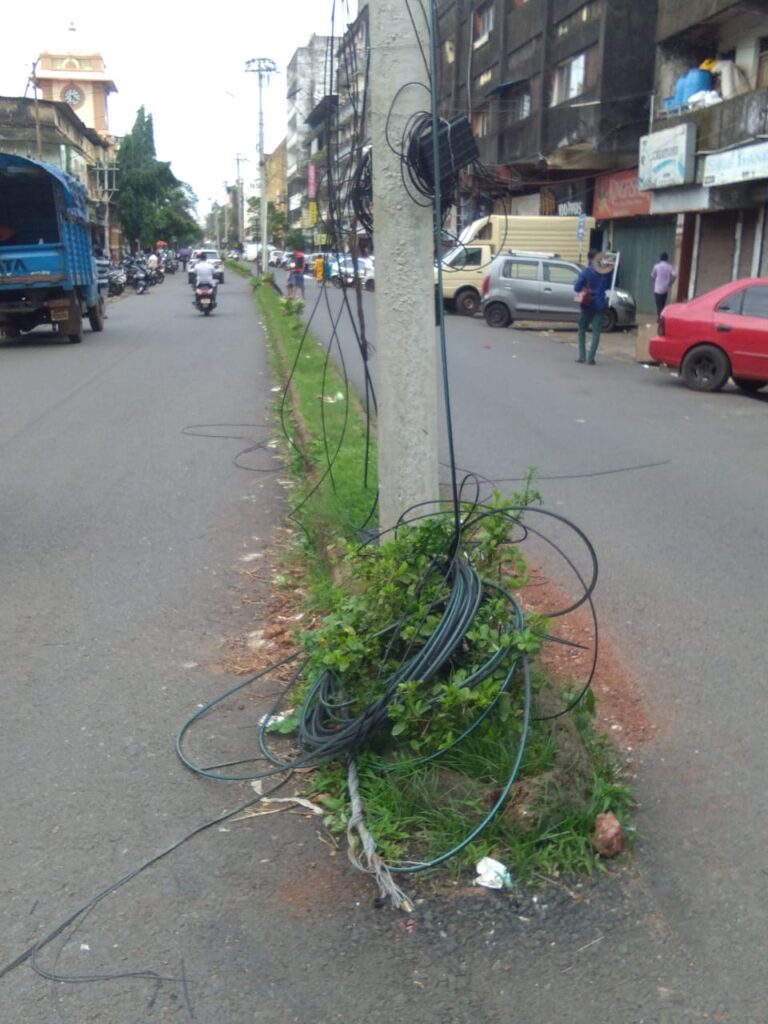 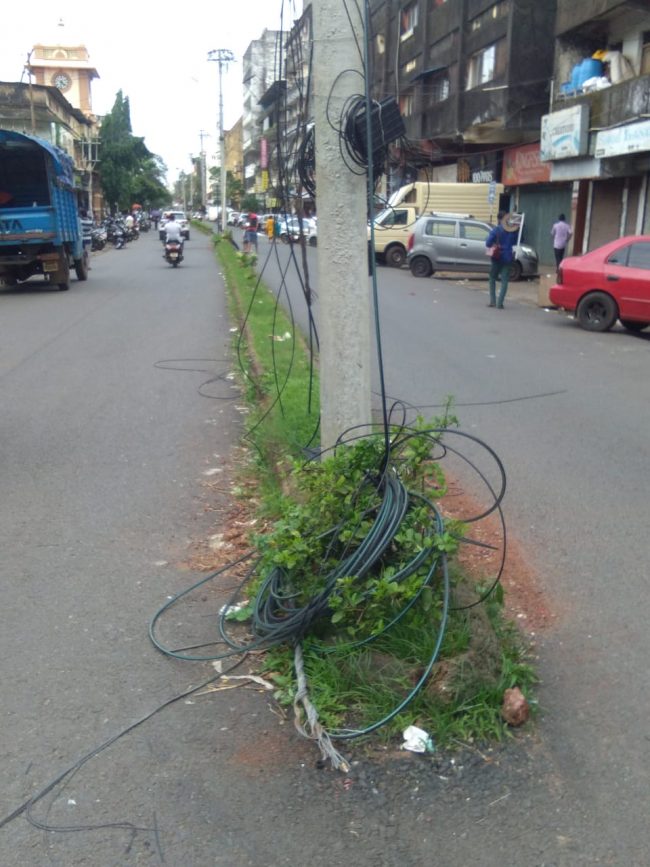 Vasco: Mormugao Municipal Council has ordered to cut the internet cables on all the poles soon which are lying down on the road in a dangerous condition.

A few days ago, a boy fell on the road after an internet cable lying down on the road in front of Vasco Swatantrapath Marg got engulfed in his leg. Fortunately, there was no movement of traffic on the road at that time and a major disaster was averted.

As all these cables are currently causing headaches for pedestrians as well as motorists, the municipality has issued an order to cut off cables which are lying down in the city.

An order has been given through the Murgaon Municipal Officer to immediately remove all the internet and other cables placed on the poles of the electricity department in Vasco area without the permission of the Mormugao Municipality. There are internet cables of various companies along with electricity cables on the electricity pole on the Swatantrspath road in Vasco and most of these cables are broken and falling on the road, causing danger to pedestrians and drivers. Due to this, the possibility of accidents cannot be ruled out to the two-wheeler vehicles while traveling on the road.

For this, social activist Xencor Polji demanded that the municipality and the electricity department should immediately remove the cable from the above pole.

Meanwhile, taking cognizance of the increasing complaints, the Mormugao Municipal authorities have issued an order to remove all the dangerous cables from the Swatantrspath, FL Gomes road, Dattatreya Marg and other roads.