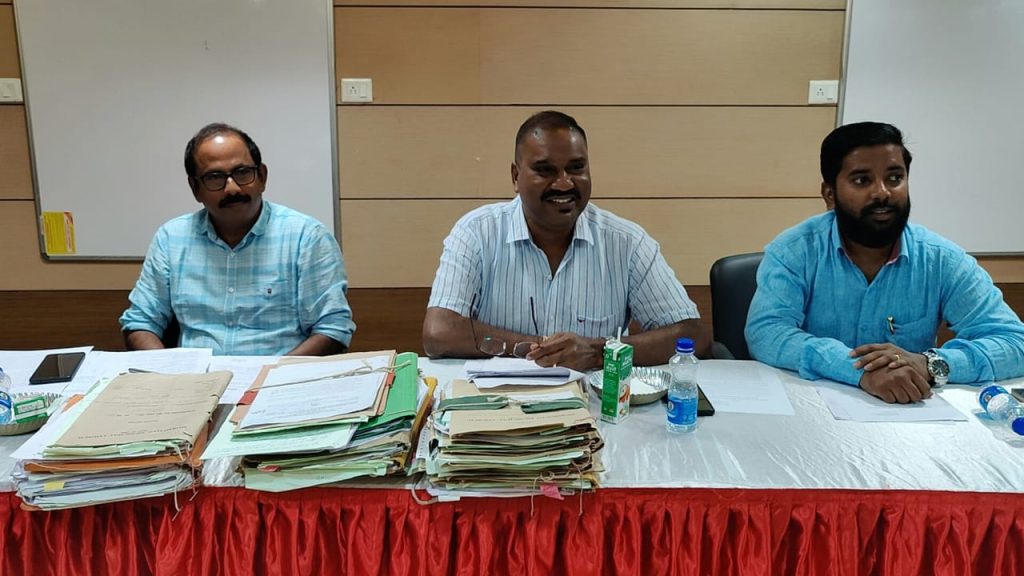 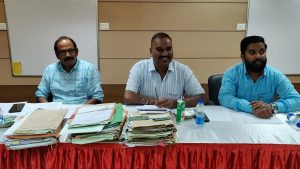 Goemkarponn desk
VASCO: Mormugao Municipal Council (MMC) has on Monday resolved to revoke the Occupancy NOC issued to Goa Shipyard Limited (GSL) after legal advice.
The decision was taken during the council meeting held on Monday, where councillors expressed anger as the MMC had earlier issued the NOC to GSL based on a letter by DMA without placing it in the council meeting.
Councillors stated that the GSL, which is established in the MMC jurisdiction, does not support the council nor employ Goan youth, especially from Vasco.
Speaking to the media after the council meeting, Vasco BJP Mandal President and Councillor Deepak Naik said that he had already planned to take legal recourse against the MMCs move to issue NOC to GSL.
“GSL was issued Occupancy despite objections from councillors, and all 25 councillors had unanimously resolved to revoke the NOC in the last meeting. I have now taken all necessary documents about this issue from the MMC, DMA and MPDA under RTI because I will need these documents as proof I go to the courts. We have now requested the MMC Chairperson and Chief officer to implement the resolution to revoke the Occupancy issued to GSL. We have now been assured by the MMC that they will take legal advice before taking the step. All Councillors said that it was no point taking a unanimous resolution if it cannot be implemented, and it was no point in having a council meeting, and we have insisted that GSL occupancy be revoked first, and then the MMC can take legal opinion,” said Naik
MMC Chairperson Leo Rodrigues said that NOC for Occupancy issued to GSL would be revoked but only after taking a legal advice
“MMC has already issued the Occupancy to the GSL new building, but the Councillors have unanimously resolved to revoke the NOC. We have to see all the legal angles, and we will revoke the Occupancy issued to GSL but only after taking the legal advice,” said Rodrigues.