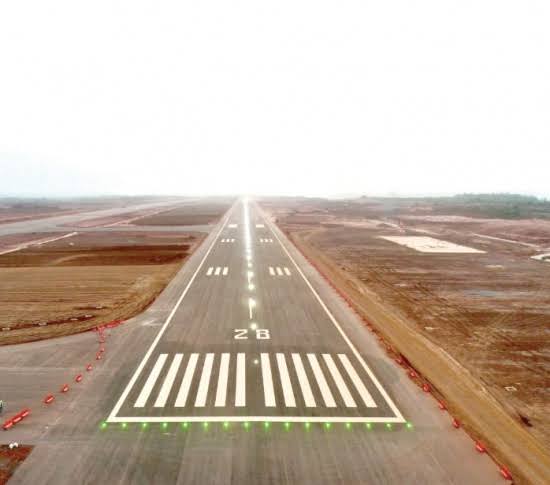 Panaji: Goa Forward Party President and MLA Vijai Sardesai on Saturday said that recruitment at Mopa airport has exposed the BJP government’s mission of “doing injustice” to people of the state.

“Around 5,198 candidates have got jobs at Mopa airport. Out of which only 443 candidates are locals, which means just 8 per cent. The figures provided in the Assembly session have exposed the BJP government’s agenda of discriminating against people of Goa,” Sardesai said in a press conference here.

He said though people from Pernem in North Goa, where Mopa airport is located, were assured to give maximum jobs, only 5 per cent out of 443 candidates are locals (from Pernem).

Sardesai pointed out that on October 30, 2021, the then deputy chief Minister Manohar Ajgaonkar had stated that each family of Pernem will get a job after Mopa airport is commissioned.

“Mopa airport is the flagship project of BJP. Some Ministers have stated that Mopa airport will be an engine of growth, and Goans will not have to leave the state in search of jobs, after it is commissioned. But so far they have given only 8 per cent jobs to Goans,” Sardesai alleged.

“I had moved a bill, which is being studied by the law department, that Goan’s should get 80 per cent jobs in the private sector. In this flagship project of the BJP government only 8 per cent jobs are provided to Goans. We are demanding 80 per cent and they are giving 8 per cent,” he said.

He said that jobs like welder, fitter, helper, painter, operator, supervisor, driver, carpenter, and dozens of jobs in managerial and engineering areas, where Goans can work are given to non-Goans.

“If any project doesn’t give advantage to locals and marginalises Goans, then in such cases we can’t call it a developmental project,” Sardesai said.

Sardesai said that at London’s Heathrow airport more than 8 per cent Konkani speaking persons (Goans) are seen working. “Will this BJP government give more than that figure (Goan Staff) in Goa at Mopa airport? Can it guarantee?,” he questioned.

He suggested that there should be a committee of experts, which will oversee human resource development, how the local people will get jobs and how they should be skilled as more 1,500 jobs are likely to be created after the airport is operational.

“Employment is the biggest issue in Goa. At present the unemployment rate is 13.7 per cent,” he said.