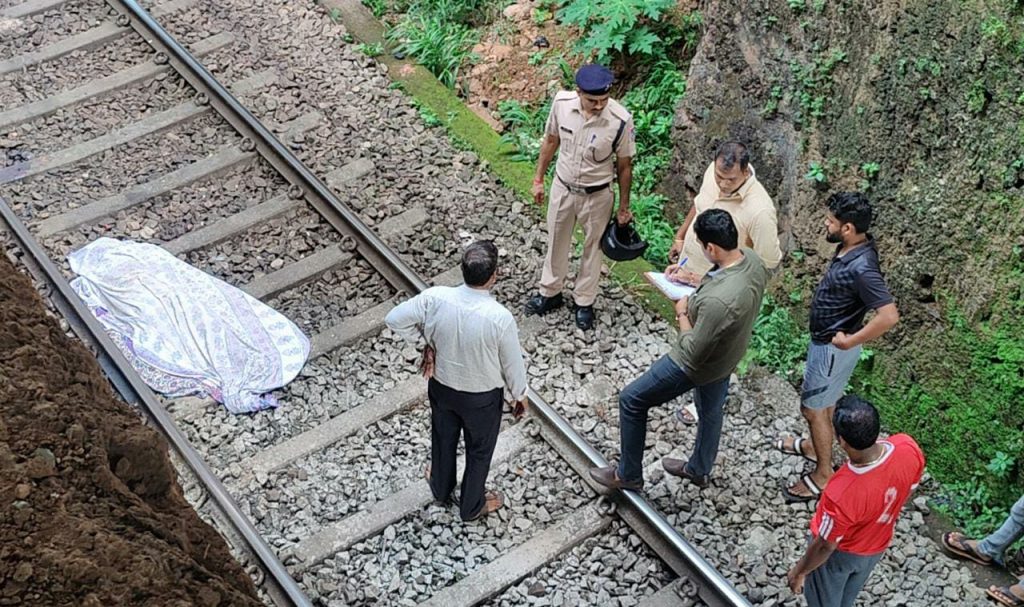 Goemkarponn desk
VASCO: A 55-year-old Prakash Lamani, a resident of Dabolim, and missing for three days was found killed in a train accident on train tracks at Dabolim on Wednesday morning.
Relatives said that the deceased had been missing for the last three days.
Relatives also claimed he was mentally ill and had been drinking alcohol a lot.
“We got information that he was seen near Vishal mega Mart on the road, and that is when we started looking out for him but could not find him. Here now he is killed by a train accident,” stated daughter Shoba Chauhan.
Meanwhile, PI Amarnath Passi said that the deceased may have been hit by a running train.
Police said they were informed that a body was lying on the tracks and was a case of a train accident.
“When we reached here, we saw that he has suffered multiple injuries and his hands and leg were cut ” said Passi.