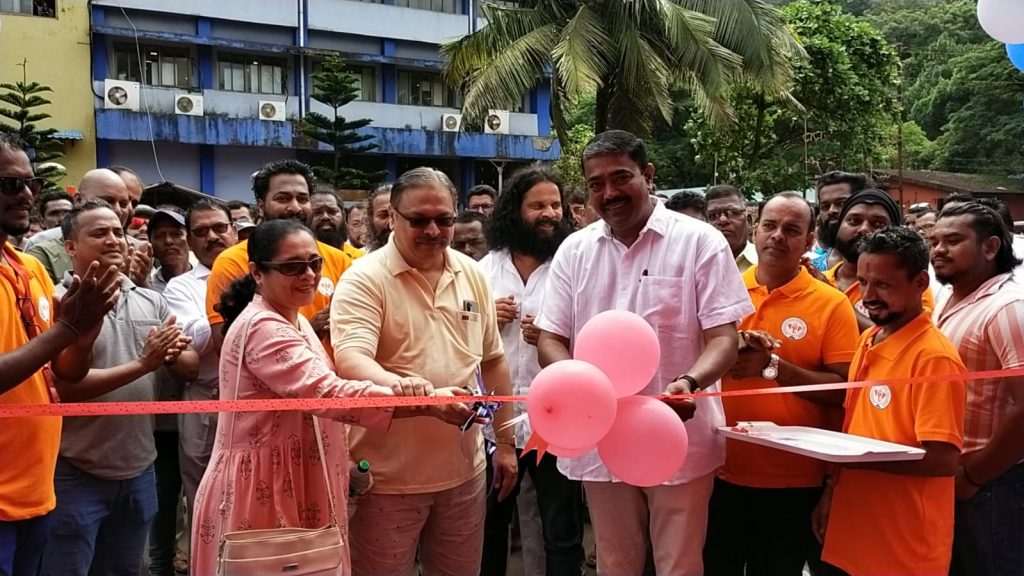 Goemkarponn desk
VASCO: A new taxi union by the name of Murgaoncha Raja taxi union was formed in Mormugao ahead of the cruise tourism season.
The new union also had a meeting where founder member and social worker Suraj Chodankar alias Balan interacted with all the taxi operators.
Chodankar speaking to the media, said that it was for the first time that a union would not charge any fees or take any commission from taxi operators.
“This union is opened only for a social cause, and this is not a profit-making business. The taxi operators from the entire Sada, Mormugao, Vasco and Dabolim will be accommodated in this union, providing a systematic counter but not charging fees. This counter is also not affiliated with any political party, nor will there be any discrimination in this union and we are not bothered about anything about the person’s religion or political affiliation,” he said.
He added that they only want that the business generating here should be benefiting the people of our areas of Vasco, Mormugao and Dabolim.
“We have got around 400 taxi operators who have joined us, and we are trying to segregate and give a chance to around 200 taxis initially for the first two ships on an experimental basis to asses the actual requirements of taxis when a domestic and international cruise ship arrives at the port,” Chodankar stated.
He said they have the first domestic ship coming here tomorrow, and our counter will be inaugurated by Mormugao MLA Sankalp Amonkar and MPT chairman along with other dignitarie.