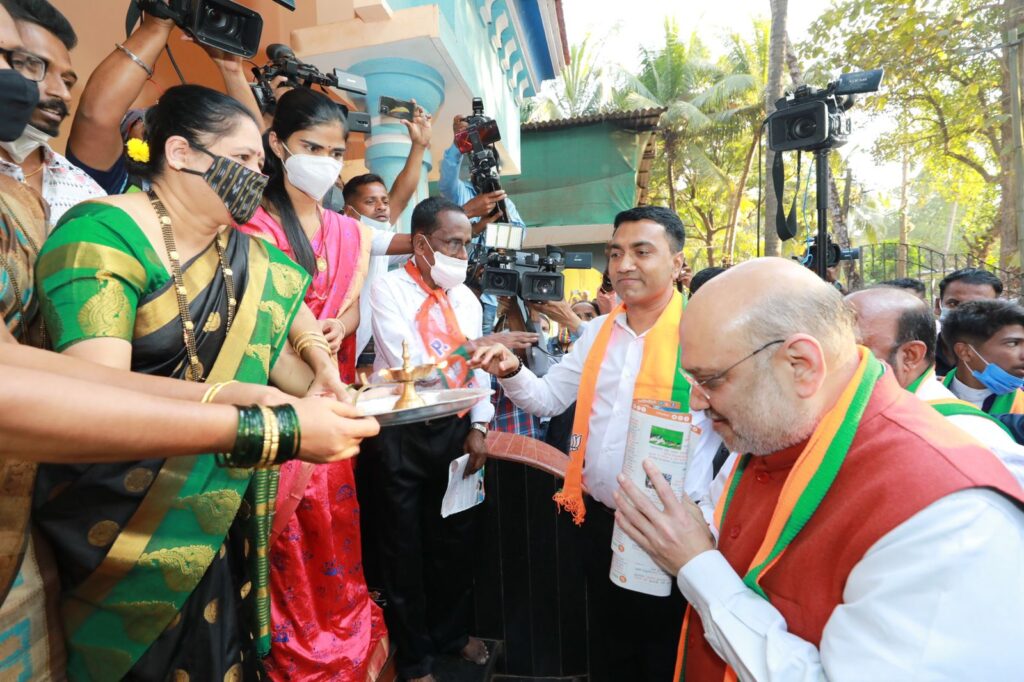 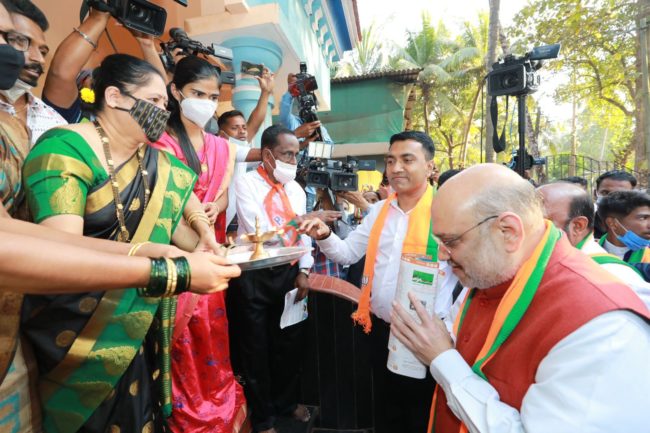 SANVORDEM: Union Home Minister and senior Bharatiya Janata Party (BJP) leader Amit Shah, while addressing a public rally in Goa’s Sanvordem town on Sunday, slammed the Opposition saying that the new parties coming here are only promising fake freebies before elections.
Speaking at the public rally here today, Shah said, “The new parties coming to Goa are only promising fake freebies before elections. They know they will not form the government.”
The senior BJP leader also claimed that the party has done a lot of work for the development of Goa’s infrastructure.
“The BJP has done a lot of work for developing Goa’s infrastructure. I want to ask Congress leaders what they did for the state when they were in power,” he said.
He further mentioned the development work which has been done by the BJP in Goa.
The Home Minister said a 4-km long 4-lane Atal Setu bridge is being built on the Mandovi River.
“The New Zuari Bridge — 13.64 km long– is being built at a cost of Rs 2,700 crore. Other bridges are also under development and will connect Goa with Karnataka, promoting trade,” the senior BJP leader asserted.
He also stated that 1.5 lakh toilets have also been built for the poor and 2.63 lakh families have been provided drinking water under Jal Jeevan Mission.
“1.28 lakh poor families received electricity for the first time since Independence under the Saubhagya scheme,” he added.
Shah also said that the number of police personnel has increased by 50 percent, and 25 new police stations have been built which has led to a 50 percent drop in the crime rate in Goa.
He also said that Goa’s mining industry will now work with renewed vigour after the polls under the BJP governance.
Prior to this campaign, Shah who is on a visit to poll-bound Goa today also held a door-to-door campaign in Sanvordem town and addressed a public meeting in the Ponda city after offering prayers at Sai Baba temple in Borim town.
BJP has fielded its candidates on all 40 seats in the state assembly.
Goa will go to the assembly polls on February 14. The counting of votes will take place on March 10.