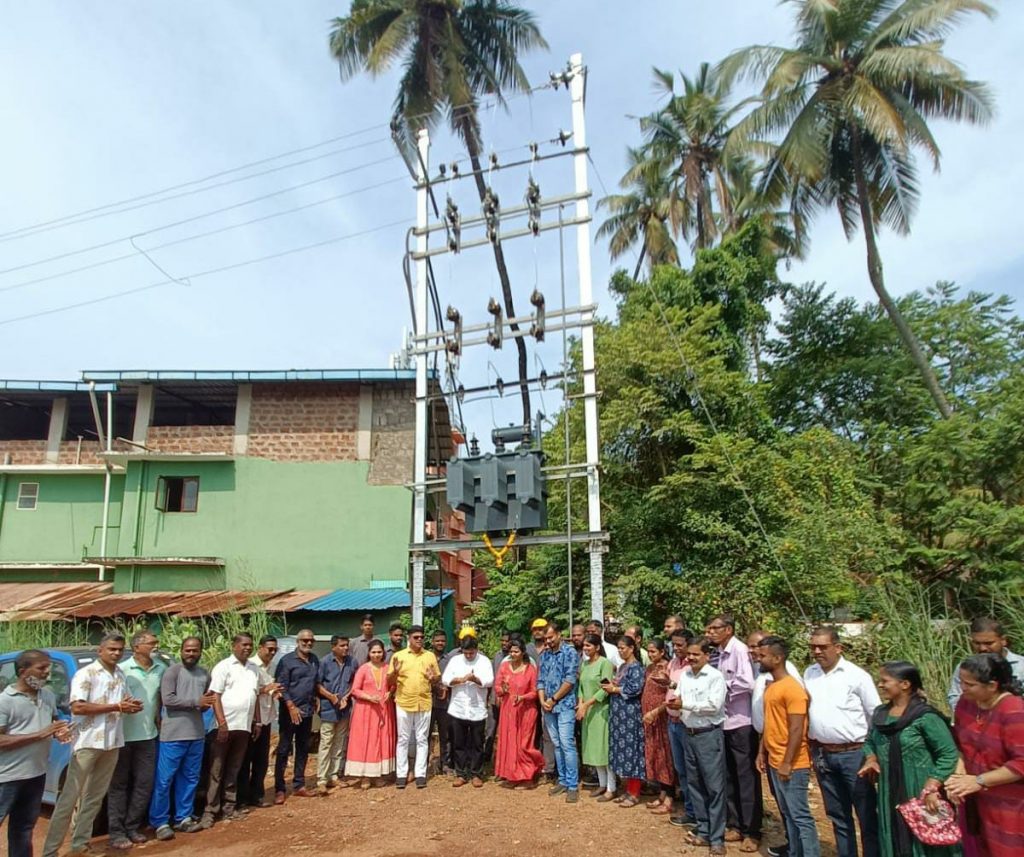 Goemkarponn desk
VASCO: Vasco MLA Krishna Salkar, inaugurating a new electrical transformer at Voddant, said that this would solve the local power issues.
Mormugao Municipal Council (MMC) councillors Deepak Naik, Girish Borker, Shami Salkar and local ward councillor Priya Raut, were present for the function along with Former MMC Chairperson Nandadeep Raut.
Speaking to the media, Salkar said that the transformer was a long pending demand of the people.
“There had been several people who suffered Electricity power voltage issues, and hence we got this transformer Inaugurated, and I thank CM Dr Pramod Sawant and Power Minister Sudin Dhavalikar for approving the project resolving the issue,” said Salkar.
Local ward councillor Priya Raut said that many people in the ward had suffered losses with electronic equipment like TV, AC and refrigerator getting damaged due to power fluctuations.
Former MMC Chairperson Nandadeep Raut requested the MLA to take up a walking track in his ward and resolve the sewage issue by having a sewage pumping station in the area.