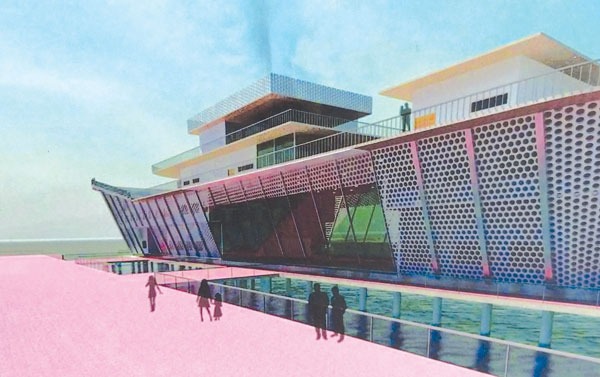 Goemkarponn desk
PANAJI: The National Green Tribunal (NGT) has ordered to stop the construction of the Captain of Ports (CoP) Terminal while stating that it can go forward only after a rapid environment impact assessment (Rapid EIA) is conducted.
“It is apparent that the place in question fell in CRZ-IV, and the activity being a permissible activity, would require permission after complying with the provisions quoted in Regulations 4(i)(d) and 4.2(i)(b) of the CRZ Notification, 2011, and it is quite apparent that the same has not been done,” it said.
“In the present case, the Regulation 4 (i)(d) read with 4.2 (i)(b) of the CRZ Notification, 2011 would be applicable, which mandates conducting of Rapid EIA as a minimum requirement before construction should have been carried out,” the NGT said.
The complaint was filed by social activist late Joe D’Souza, challenging the construction of the activity. D’Souza had said that the building had been constructed in violation of CRZ norms as it is on riverine land.
Last year, activist Joe D’Souza filed a complaint with the GCZMA. However, the authority decided that there was no need to stay in the construction of the building as it was not found to be affecting the course of the Mandovi river.
The complainant then approached the tribunal challenging the GCZMA’s order. The tribunal has set aside the CZMA order.