No copyrighted songs without licence at Goa Sunburn Festival: HC

The Bombay High Court has restricted the Goa Sunburn Festival organiser from playing copyrighted songs without obtaining a requisite license. 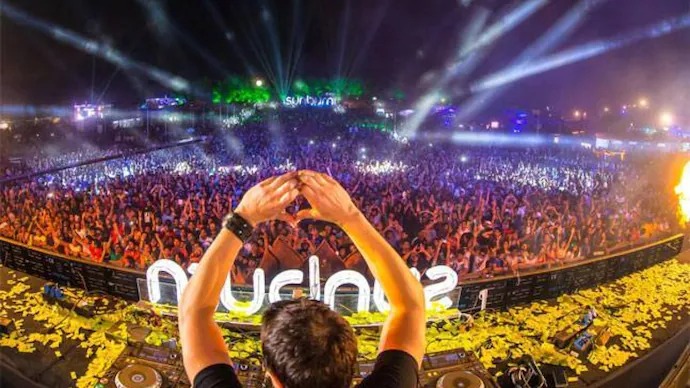 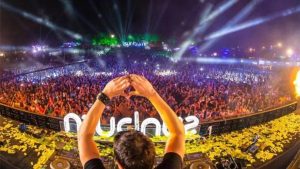 Goemkarponn desk
PANAJI: During the upcoming three-day Sunburn Festival in Goa that starts on December 28, revellers will not be able to groove on songs like “Kala Chashma”, “Swag Se Swagat”, and “Zingat” as the Bombay High Court has passed an injunction order against the organisers – Percept – playing Novex communications’ music.
Novex communications’ music holds copyrights to these songs, including a large number of sound recordings of established music labels like Zee Entertainment Enterprises Ltd, Eros International Media Ltd, and Tips Industries Ltd, and is also an authorised agent of Yash Raj Films Private Limited.
Furthermore, hotels, pubs, and parties playing their music for commercial purposes need to take a licence from Novex.
Novex had expressed the apprehension that Percept was likely to violate their rights at the upcoming event. So they had shot off a notice asking them to obtain appropriate licenses for playing the music to which they held exclusive rights.
However, despite the notice, there was yet to be a reply from Percept; thus, they approached the court.
Novex also pointed out earlier orders passed in 2018 by the Bombay High Court concerning the 2017 festival. At that time, an advocate appearing for the Percept submitted that “the songs in question were played by mistake”.
The bench of Justice Manish Pitale, looking at this statement, said, “It appears that the statement mentioned above made on behalf of Percept amounted to Percept conceding that Novex does have exclusive rights in such songs and for that reason, this court granted a temporary injunction.”
Novex pursued its case against Percept, and on December 3, 2018, Percept had even tendered a written undertaking to its CEO that they would not play Novex’s sound recordings.
Justice Pitale also observed that despite the service of notice of the suit, Percept had yet to come to court.
Justice Pitale observed their conduct and the material put forth by Novex and stated that “there is sufficient material to show that Percept may violate the exclusive rights held by Novex in the aforementioned sound recordings, particularly in the backdrop of the past conduct of Percept and that therefore, if ad-interim relief, as prayed, is not granted, Percept is likely to suffer grave and irreparable loss.”
“This further indicates that the balance of convenience is also in favour of Novex. In any case, if Percept wishes to play sound recordings from the repertoire for which Novex holds exclusive rights, nothing prevents Percept from obtaining a license from Novex in that regard,” held Justice Pitale.