No decision on alliance with Goa Forward yet: Dinesh Rao 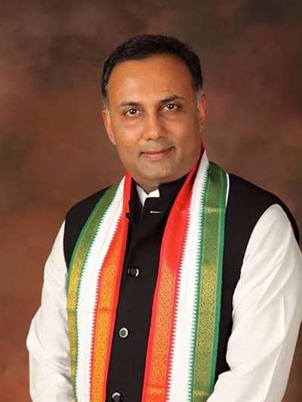 Goemkarponn desk
PANAJI: A day after the Goa Forward president Vijai Sardesai announced that the Congress has agreed to an alliance with his party, the AICC in-charge of Goa Dinesh Gundu Rao has rejected the claim.
Dinesh Gundu Rao, in a telephonic conversation, said that the talks of the alliance are with many parties.
“Many parties are in touch with us like the Goa Forward, NCP, and many other local leaders have approached us,” Rao said.
Asked whether he has assured the Goa Forward of an alliance, he replied, saying “not exactly”.
“Our aim is to bring all like-minded people and parties together to defeat the BJP. However, talks are on with many parties, as I said, but nothing has been finalised,” Rao said.
Addressing the media, Vijai said that two days back, he has received a go-ahead from Goa Congress Desk Charge Dinesh Gundu Rao that Congress was ready for an alliance with the Goa Forward Party.
“The proposal of the alliance has been formally approved. We will now have to sit and decide the modalities of the tie-up,” the GFP chief said.