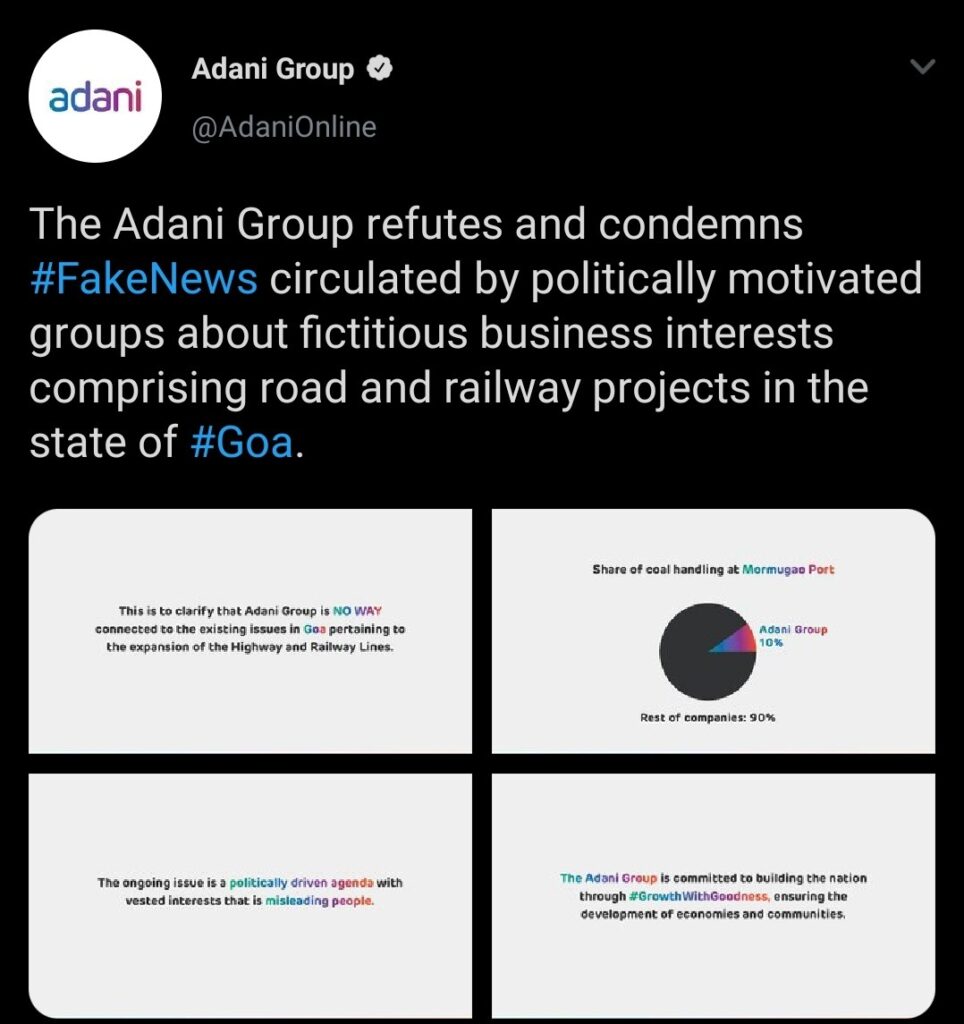 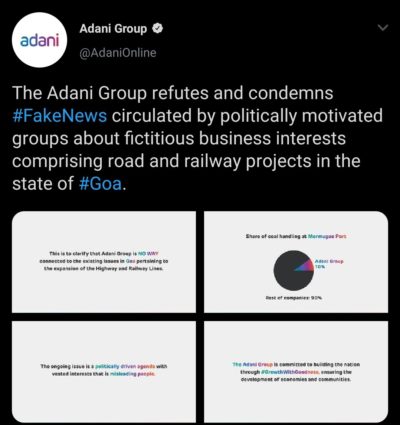 The Adani Group refutes and condemns news circulated by politically motivated groups about fictitious business interests comprising road and railway projects in the state of Goa.

“This is to clarify that Adani Group is no way connected to the existing issues in Goa pertaining to expansion of the Highways and Railway lines. Anadi group has only 10% share of coal handling at Mormugao port,” the Adani Group said in a tweet

Further it added, “The ongoing issue is politically driven agenda with vested interest that is misleading people. The Adani Group is committed to building the nation through growth with goodness, ensuring the development of economies and communities,”

On the night of November 1, thousands of people had gathered at the railway track in Chandor, South Goa to protest the South Western Railways’ double-tracking project, reportedly being carried out to transport coal from the state to steel plants in north Karnataka.

Demonstrators had alleged that the project would make Goa a coal transportation hub, posing a threat to livelihoods and the state’s ecological diversity—all while favouring big coal companies.