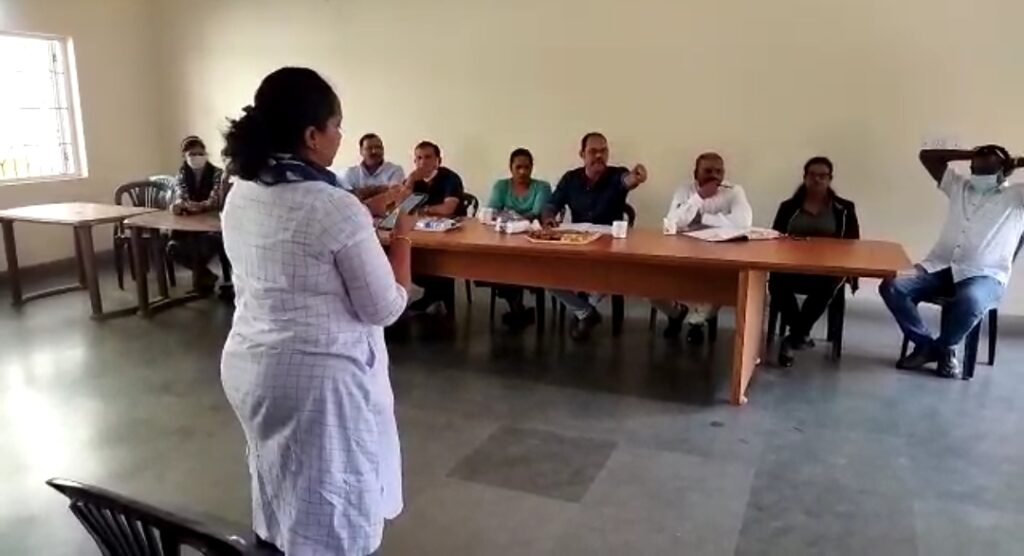 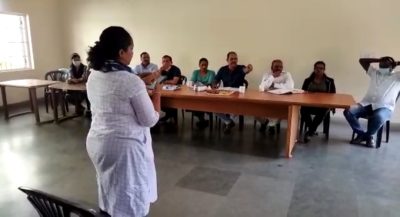 Goemkarponn desk
BENAULIM: Benaulim locals cry foul over the discharge of treated water, the sudden road closure for laying underground sewage pipeline without publishing the collector’s order for public knowledge.
Locals at the gram sabha were upset with no quorum and panchayat failed to amend the agenda.
Nilesh Prabhudessai, Deputy Sarpanch of Benaulim, informed that a gram sabha member had one request to amend the agenda, which was to approve the gram panchayat development plan for 2022-23.
He further informed that Royala Fernandes, a former sarpanch of Benaulim, is unaware of rules and regulations, and she often comes to gram sabha and raises issues for her personal agenda.
Recently she uploaded a video on social media citing that one underground pipeline at Peddar is coming up and has called the people to come and oppose it.
“There are no followers of her, and people are fed up with her because she does it for her own interest and nobody supports her, and that’s why every election she gets defeated,” he said.
Prabhudessai further said that Royala could have easily come to the panchayat a few days before and submitted her proposal, which could have been included in the agenda.
“We had made a GPDP plan, and we had discussed it in a VDC meeting. The pending works were put up in the gram sabha meeting, and the proposals about these works were passed in the gram sabha meeting,” he said.
On the road closure to lay pipeline work, Prabhudessai said that people have not come to the panchayat with any grievances, nor has anyone given us an application in this regard.
“We have also received a letter from the collector which we had kept for the discussion during an ordinary meeting of the panchayat, and later the panchayat will decide on it,” he said.
Adrian Torres, a resident of Peddar- Benaulim, said that it is said to see that there were no amendments made in the agenda, there was no quorum in the special gram sabha.
“Things were taken for granted. The secretary was unavailable for deletion inclusion in said proposals during the meeting,” he said.
He further informed that there was an order of road closure, but it was not informed to the public, especially when it was Christmas time. Let this order be published so many people know about it and let the sewerage line work be done with proper procedures.
When contacted, Royala Fernandes said that the road closure is happening all of a sudden, then what the local residents will do if they don’t have an alternate route to move.
She further questioned why the Benaulim panchayat did not publish the order from the collector for the road to be closed so the people are aware of it. And she also questioned why the alternate road was not shown.
Fernandes said that the panchayat had promised to keep a special gram sabha on the treatment of water.
“Why is the need to discharge the treated water, cost incurred for treatment of water etc? which we wanted to know,” she asked..