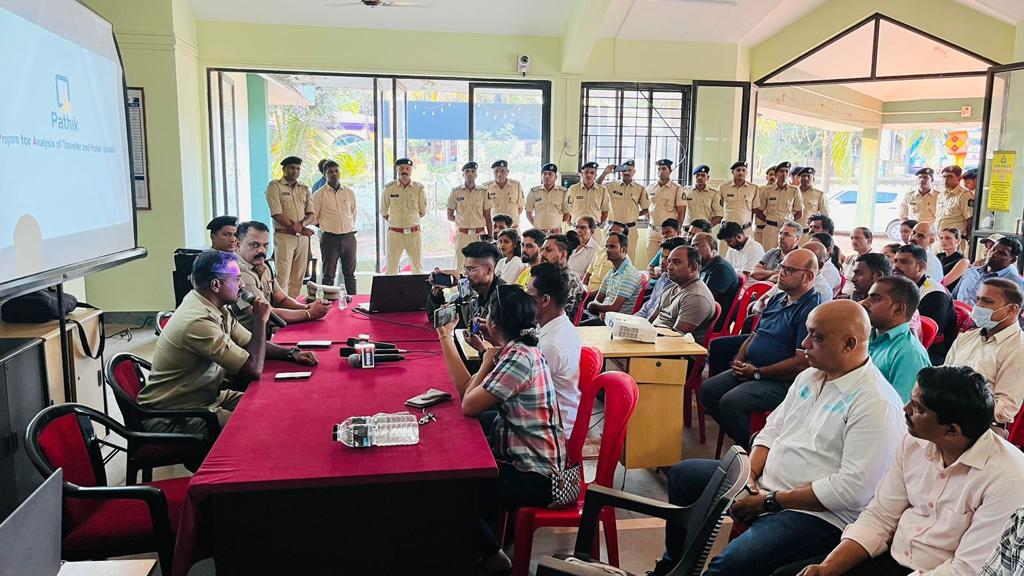 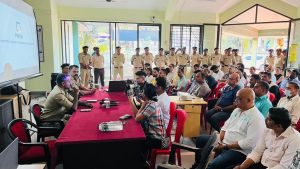 Goemkarponn desk
ANJUNA: On Thursday, North Goa SP Nidin Valsan held a meeting with the hotels and guest house owners operating in the jurisdiction of Anjuna police station ahead of the festive season.
During this meeting, SP Valsan briefed the hotel and guest house owners to be vigilant given the tourist season and, if any drug or illicit activities are noticed by them, to intimate the police immediately.
Cyber Crime PI Devendra Pingle briefed the hotel and guest house owners about the ‘PATHIK’ app for tenant verification.
Through this app, the stakeholders can log in with the details of the guest/s checking into their premises, and a report of the same will reach the police online. All this while, people used to log in with their ID on tenant verification sites and later, the police used to physically visit the hotels and guest houses for verification.
Hundreds of guest house/hotel representatives attended this meeting. Mapusa SDPO Jivba Dalvi and Anjuna PI Prashal Desai were also present.
Meanwhile, the Goa Police are gearing up to provide adequate security during Christmas and New Year celebrations, attended by many people and tourists in the coastal belt.