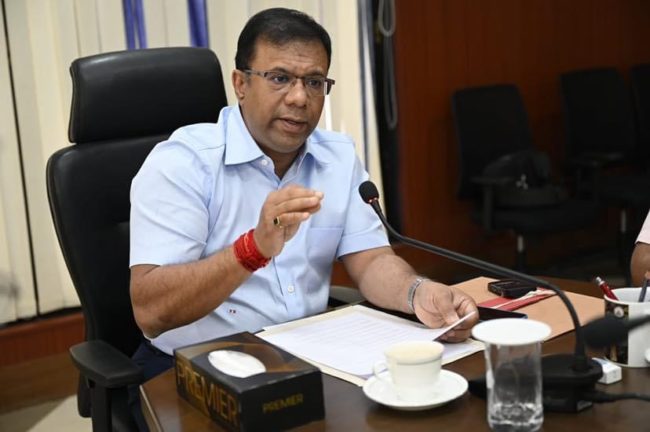 PANAJI: Reacting to the suspension of Outline Development Plans (ODPs), TCP Minister Vishwajit Rane said that the decision was taken respecting the sentiments of the institutions involved in the planning process.
“By the decision to suspend the operation of ODPs as stated in the notification, we have respected the representations made by institutions such as Credai, Indian Institution of Architects, Confederation of Indian Industry, Institution of Engineers & Institute of Town Planners, Goa Regional Chapter, who are involved with planning processes in complete respect to the legal processes involved,” said Rane.
He said this is a Goa centric decision to ensure proper scrutiny is undertaken on the touchstone of procedures & law governing the domain of planning.
“We want to get merit-oriented & perfectly documented plans that revolve around the pure interest of the concerned planning area to the core,” he said.
In an expected move, TCP Minister Vishwajit Rane suspended the Outline Development Plans (ODP) of Candolim-Calangute, Arpora-Nagoa, Parra on Wednesday Vasco-Da-Gama for a period of sixty days, calling for its revision.
Also, the department has asked GPPDA, NGPDA and SGPDA to keep their draft plans for Panaji, Kadamba Plateau, Mapusa, Margao and Ponda on hold and initiate a fresh process.
“There have been many discrepancies, and we are suspending the Outline Development Plans (ODP) of Candolim-Calangute, Arpora-Nagoa, Parra and Vasco-Da-Gama for sixty days from the date of this notification,’ said Rane
He further said that ODP’s shall be reviewed and examined in detail by the committee consisting of Chairman (Chief Town Planner), Senior Town Planner North and South Goa, Joint Secretary of CREDAI, Chairman of Indian Institute of Architects, CII, Chairman of Institute of Engineers, Institute of Town Planners, Member secretary of NGPDA and MGPDA.
Rane also said that Regional Plan Goa 2021 shall be applicable in respect of the Calangute-Candolim Planning area and Arpora-Nagoa-Parra and ODP 2026 for the Vasco planning area in respect of Vasco until further order of the state government.
The government had already notified the OPDs of Vasco, Parra, Arpora-Nagoa, Candolim, Panjim, Mapusa, Calangute, Margao, Taleigao and Ponda planning areas, while the ODP of Kadamba Plateau under Greater Panjim Planning Area is in the draft stage.