One injured as another tree fell on moving bike 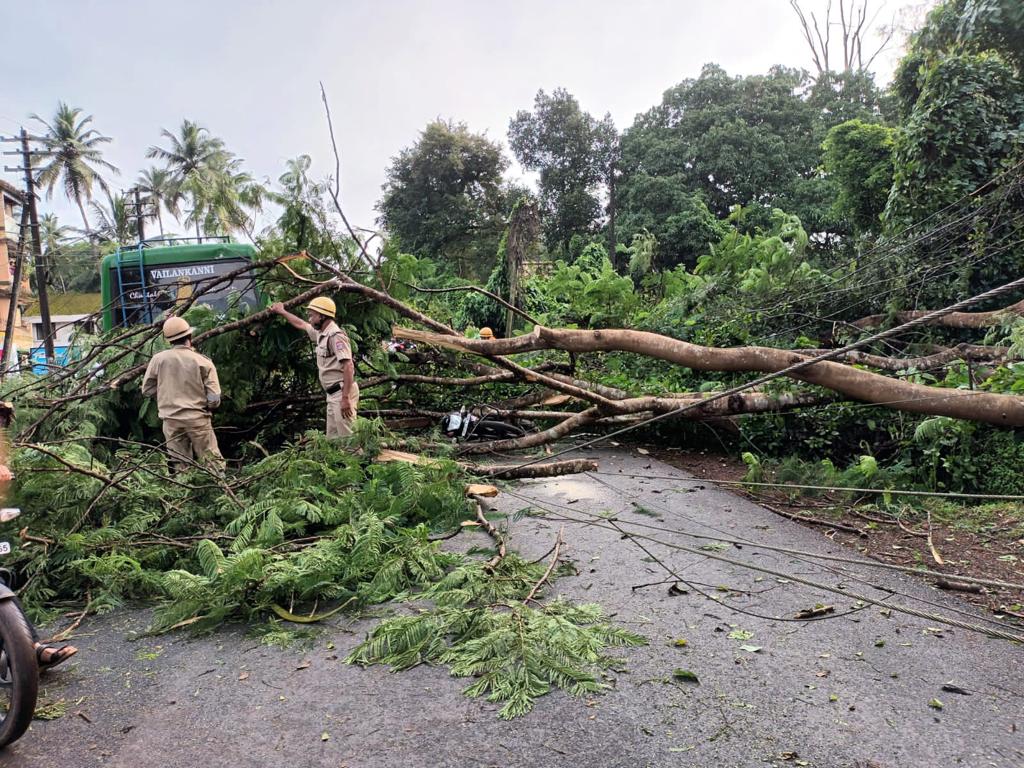 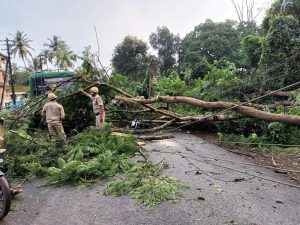 Goemkarponn desk
PONDA: In a shocking incident which brought back the memories of a similar accident last month, a bike rider was injured as a roadside tree fell on his moving bike.
In an incident that took place at around 7.15 am today morning, a Motorcycle pilot was seriously injured after a roadside Gulmohar tree at Top Cola Borim was uprooted and fell on his moving bike and another passenger bus.
Due to the tree uprooting, one electricity pole also fell on a moving lorry.
Following this, there were traffic jams, and long queues of Vehicles were witnessed on Borim Highway.
The local Panchmember Vinay Parpati demanded to clear the age-old trees at the roadside and widen the road. 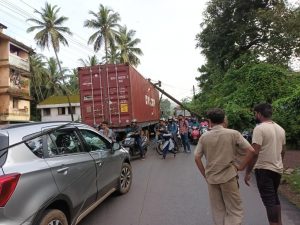 The injured has been shifted for treatment.

Last month, 39-year-old Aditi Naik died after a roadside banyan tree fell on the moving bike she was commuting with her husband, Venkatesh Naik. The tragic incident occurred at Tar, Shiroda, when the couple was returning back home after casting their vote in the panchayat poll. Venkatesh has also sustained injuries. 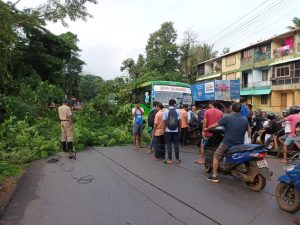