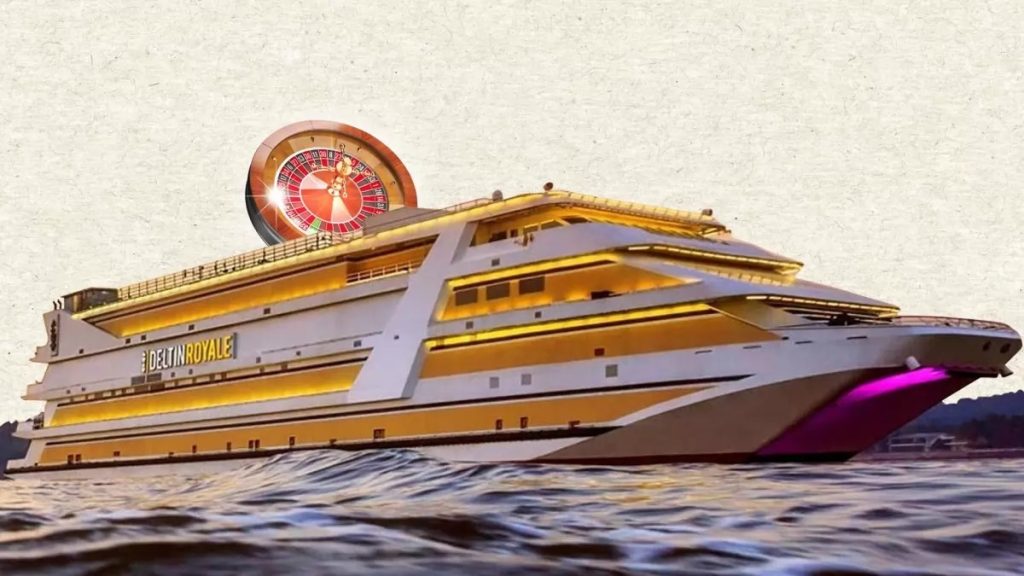 PANAJI: Goa has been a legal gambling destination for decades, shaping the gaming culture, legends and aspirations of the Subcontinent. A global brand, Goa also serves as a tourism gateway.
Recent figures show, however, that Goa residents generate proportionally more online casino traffic than their population share, prompting market experts to study how digitization is changing Goan society and economy.
Goans Play Casino Games Increasingly Online, Study Finds
For a couple of generations, brick-and-mortar casinos in Goa have been essential to the local economy. Gambling facilities and surrounding entertainment venues drive tourism, employment and even impact State politics. Modern Goan gaming culture, however, may be a little different than what we know from urban tales and success stories.
Recent market research by SevenJackpots titled “Goa Casinos and Their Influence on Indian Gambling Culture”confirms that the regulated gambling market has had positive spillover effects on the State’s social and economic development. Still, an increasing number of locals search for goa casino online as gambling communities began to look for safe and easily accessible alternatives.
“We have analyzed aggregate Sevenjackpots data for six months of user visits – including conversion rates and user experience (UX) in terms of device and session indicators. Segmented by state, the figures show that Goa has more than double the proportional visibility (0.23%) compared to its population size of just 1.5 million (0.1% of the Union).”, concludes Svilen Madjov, Industry Researcher at SevenJackpots.
Online casinos have had an impact on Goa just as much – if not even more – as they have had on the entire Indian market. The series of Covid-related lockdowns hit the casino and hospitality segments hard. Soon after, Goans were surprised by a proposed entry ban for local residents.
In the end, online casino traffic from Goa ends up being double its proportional share when compared to the State’s population within the Union. This has led researchers to highlight the growing importance of online and mobile games for real money, even for those who have legal gaming options in their neighborhood.
It is true that Goans have a higher GDP per Capita and disposable income, namely because of the gaming and tourism industries. Despite that, it is simply astounding that it brings more real-money players online than a number of North-Eastern states – Mizoram, Nagaland, Tripura, Meghalaya, and Arunachal Pradesh – combined!
Psychological research has revealed that half of all Goans have gambled at least once and 45.4% have done it in the past year alone. Almost all of those are men, perhaps not surprisingly. On the other hand, Goa caters to broader markets and the expanding middle class of India and Asia as a whole. Hotels and casinos even offer family-targeted packages, contrary to their main competitors in Macao which is notorious for paying more attention to high-rollers (big spenders).
Asian Casino Capital of Thing of the Past
The casino industry in Goa is aware of the opportunity it stands to miss if it does not open up to online gaming communities. Online casino platforms that are licensed in Panaji have just as much power to reach global audiences as Casino Days India or any other offshore-based competitors.
The fact of the matter is that Goa represents a brand which has appeal way beyond its current physical capacity for entertainment and hospitality. Once dubbed a casino capital of South Asia, it is not only up against Kathmandu or Macao, it faces ruthless competition by the entire online gaming segment.
Moving into the regulated online gaming scene, licensed Goan operators will once again provide an important boost to the local, social stability and even environmental sustainability in the State. Detaching tourism from gambling would be a major shift but authorities, businesses and local communities have a chance to plan for the future, reinvest revenues and generate positive spillovers.
What can be better than having Goa with “unlimited capacity, safe and always open”, market experts ask.
(Source – Outlook)