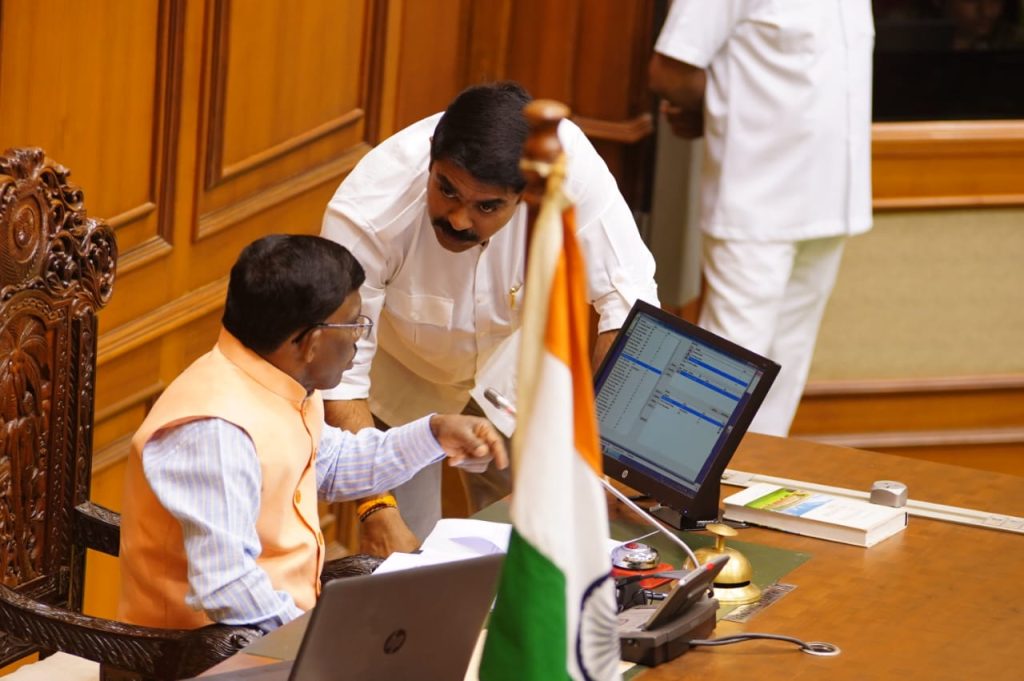 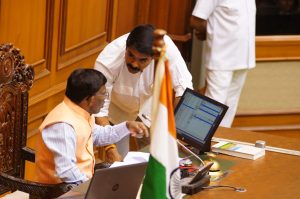 Goemkarponn desk
PORVORIM: The opposition on Tuesday grilled the State government over the whopping amount of taxpayer money spent on event management and demanded a House committee to inquire about all expenses.
The Chief Minister, however, declined to form House Committee while informing House that all the event management works are given following proper tender procedures.
Goa Forward MLA Vijai Sardesai also grilled Chief Minister Pramod Sawant over events. Rs 6450Cr loans have been taken in the last 3 years, and Government is spending on events.
“This has become event-managed Government. The event managers are controlling the Government; this is a scam. There should be a house committee,” said Sardesai.
The Opposition MLA also said that CM spent Rs 58 lakh for celebrating 2 years of the Pramod Sawant government, and this Cabinet approved this file with an ex post facto approval.
“Was the state government not aware that they are completing 2 years? Then why did they give an ex post facto approval,” he questioned.
Further, CM said that a total of 11 events have been conducted in the process of Azadi ka Amrit Mahotsav.
The Opposition also censured Government for scams worth crores of rupees in the Department of Information and Publicity through the appointment of event management agencies.
They also charged Government with non-planned expenditure and post-facto approval to tenders floated by the department for these events.
The Congress and Goa Forward alleged that the Government has rigged the tender for the event management agency for the upcoming Purple Fest.
The two political parties pointed out that a firm has already started work on the decor even though the Government was yet to evaluate the bids of agencies that have shown interest.