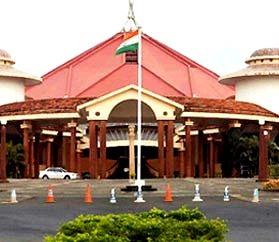 Goemkarponn desk
PANAJI: Secretary of Goa Legislature Secretariat Namrata Ulman, who is also the designated First Appellate Authority under the Right to Information Act (RTI) will, on Monday August 29th pronounce her order on the appeal filed against the order of the Public Information Officer (PIO) at the Legislature Secretariat Mohan Gaonkar declining to furnish the information sought by him.
Final arguments by Adv. Rodrigues and PIO Mohan Gaonkar concluded today.
Adv. Aires Rodrigues, on June 28th, had sought a copy of the file notings and correspondence pertaining to that two-day training workshop for MLAs held on 27th and 28th June at the Taj Vivanta and also complete details of the expenditure incurred on the event.
PIO Mohan Gaonkar, in his reply, had informed Adv. Rodrigues that disclosing the information would cause a breach of Privilege of State Legislature and would also be against Rule 37(16) of the Rules of Conduct of Business of Goa Legislative Assembly.
The Rules of Conduct of Business of Goa Legislative Assembly were never officially notified as required by law and were therefore illegal, Adv. Rodrigues further argued that the shelter taken by the PIO under Rule 37(16) of the Rules of Conduct of Business of Goa Legislative Assembly was anyways untenable as that rule pertains to questions that can be asked in the Legislative Assembly.
Stating that the action of the PIO to deny information was illegal, untenable and with suspect motives, Adv. Rodrigues also stated that the action on the part of the PIO construed deliberate denial of information with an intention to keep the veil of privacy on the affairs while defeating the very purpose of the Transparency Law.
Adv. Rodrigues has also sought stringent action and penalty of PIO Mohan Gaonkar for his sheer and utter ignorance of even the basic rules and regulations governing the very functioning of the Goa Legislative Assembly.
In his appeal, while stating that the RTI Act was intended to furnish information and not to deny it, Adv. Rodrigues contended that it was clear that Parliament enacted the Act keeping in mind the rights of an informed citizenry in which transparency of information was vital in curbing corruption and making the Government and its instrumentalities accountable.
Pointing out that the Act was meant to harmonise the conflicting interests of the Government to preserve the confidentiality of sensitive information with the right of citizens to know the functioning of the governmental process in such a way as to preserve the paramountcy of democratic ideals, Adv. Rodrigues, in his appeal, stated that the denial of the information by the PIO at the Legislature Secretariat was contrary to the very objectives and mandate of the RTI Act.