No injuries, but farmers agitated for such mishaps regularly destroying their crops 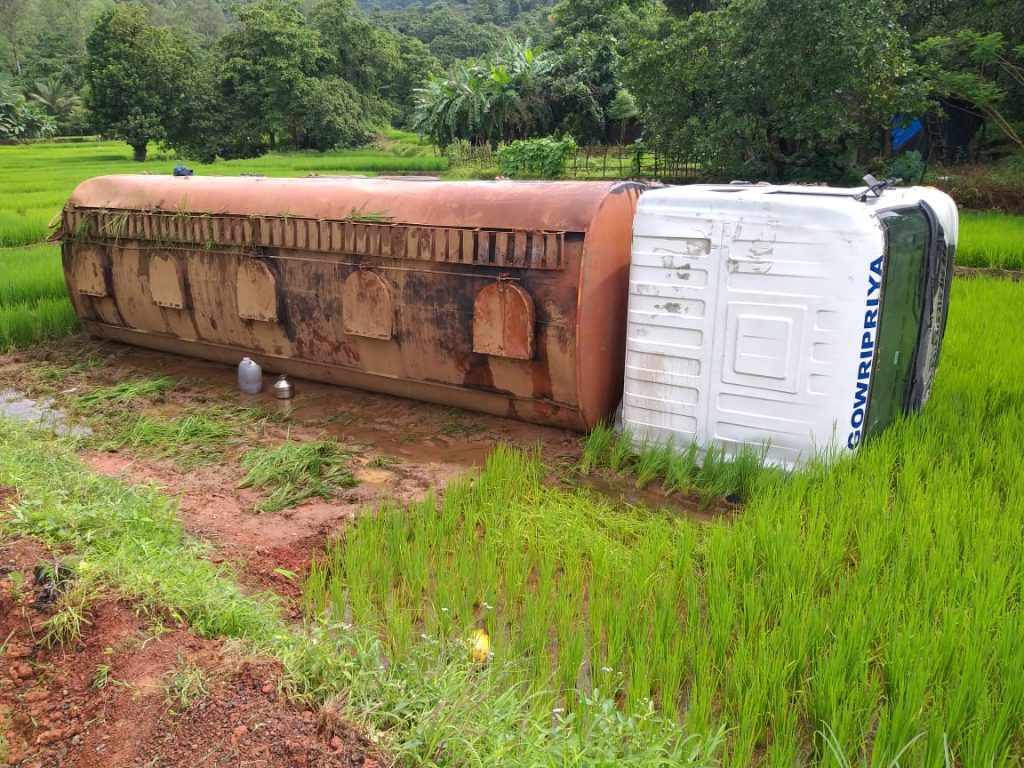 Goemkarponn desk
CANACONA: A Tanker transporting Palmolive Oil fell in the fields destroying paddy crops at Gulem in Canacona early Saturday morning.
According to sources, the interstate Tanker bearing registration no TN-70 AC-0624 was headed towards Karnataka when just after coming down the Karmalghat slope, it came off the road and overturned on its side near a government primary school.
The tanker was transporting Palmolive Oil, informed the driver who escaped any injuries in the mishap.
“Just to avoid an oncoming vehicle, the tanker strayed a bit to the extreme left of the road, but as there is no space/or land across the tarred road, the left side tyres went straight down the fields below, and the tanker fell on its side into the fields below, the driver is reported to have mentioned the cause of the mishap,” he said.
Incidentally, the NH-66 road is passing through Gulem has cultivated paddy fields on its both sides,
According to residents, the highway road is very treacherous in many places, especially in the Gulem section, resulting in similar mishaps.
“This is the fifth such mishap where heavy vehicles tumbled (due to the narrow and treacherous highway) down into the paddy fields during this season itself. Due to the vehicle falling into the fields, our crops are being destroyed right from the Nursery stage”, informed a resident at the site.