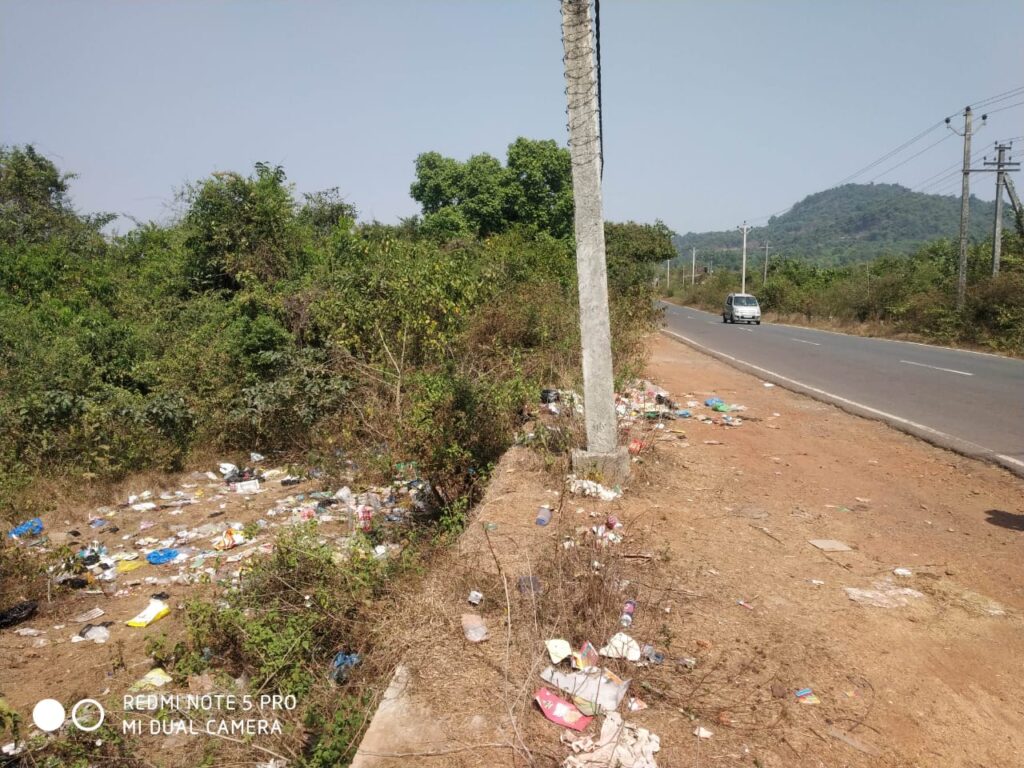 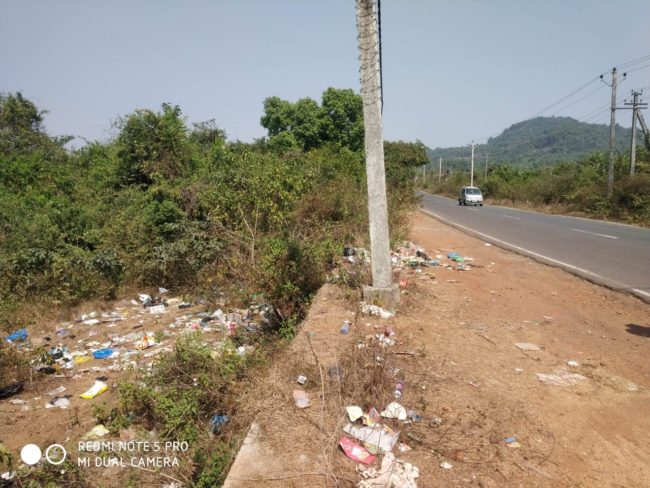 BICHOLIM: People have expressed anger over the garbage being thrown on Nanoda-Dodamarg road, polluting the area.

Since last few months garbage which included paper cups, plastic and food items have been dumped near the earlier toll gate.

“This garbage is being thrown by unknown people and we don’t know what the authorities are doing in this matter” Deelip Desai a local told.

As per the report some unknown persons throw the garbage near the toll gate and locals fear that it would be a garbage dumping site of it is not controlled.

“We want that the authorities should take steps to control this else soon the entire stretchof road would turn into garbage dumping site destroying the beautybof the village.” Desai told.