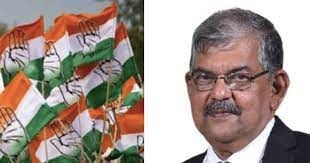 VASCO: Congress Nuvem candidate Aleixo Sequeira credited his voters for his victory, terming it as a “people’s victory”.
After the election and Sequeira won the Nuvem seat by defeating Wilfred D’sa and other candidates, Aleixo Sequeira said it was a people’s victory, and he won because people kept faith in him it him and supported him again.
Sequeira also mentioned that to work for the people; one need not have to be in power. With the willingness to work for people, one could work.
Meanwhile, the Former Sarpanch of Verna Tony D’Costa, who had organised a victory celebration party for Sequeira, said he and his supporters worked for the Sequeira’s victory. First, during the Zilla Panchayat election Wilfred D’sa’s candidate was defeated by them, then recently the Sarpanch backed by D’sa was dethroned, and now in Assembly election, D’sa himself was defeated by Aleixo Sequeira and was sent home,” D’costa added.

Complaint against former Colvale sarpanch for misappropriation of govt property