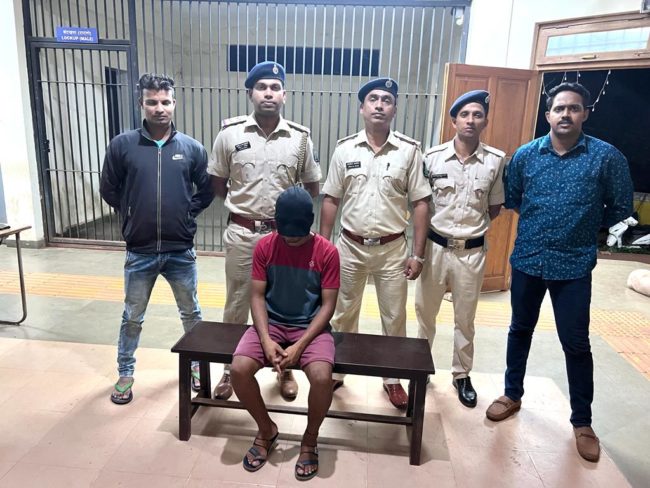 PERNEM: Pernem Police arrested a Karnataka native from Gadag within 24 hours of reporting the sexual assault incident against the 12 years old minor girl in a Hotel at Arambol, Pernem Goa.
The accused person is identified as Ravi s/o Limbanna Lamani, age:28 yrs r/o 67 Shivajinagar, Chebbi Shirhatti, Gadag, Karnataka and was working as a room boy in the said Hotel where he sexually assaulted the minor girl who had checked in into said Hotel as a guest.
The accused is arrested under section 376 of IPC, Sec. 8 Goa Children’s Act and Sec. 4 and 8 of POCSO Act. Further investigation is in progress with PSI Vivek Halarnkar under the supervision of P.I. Pernem Vikram Naik, SDPO Pernem Sudesh Naik and overall Supervision of SP North Shobhit Saxena, IPS.