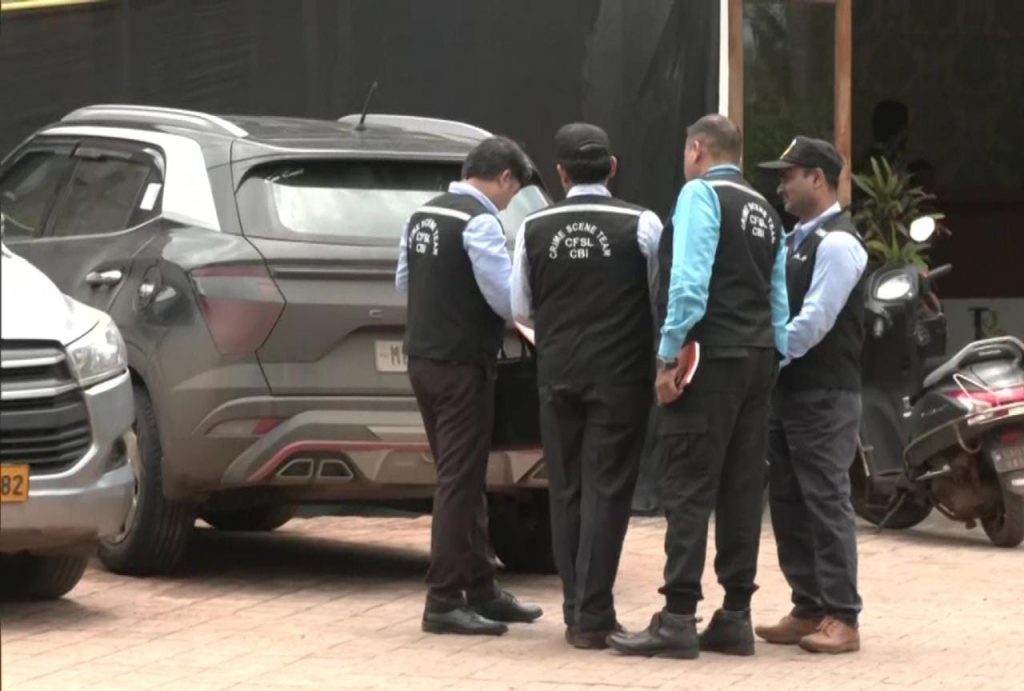 ANJUNA: Central Bureau of Investigation (CBI) team currently in Goa today searched the rooms of the hotel where Sonali Phogat and her aides stayed to collect evidence in connection with the case.

Goa Police had sealed the rooms in the hotel, Grand Leonny, as part of its investigations.
“We will also collect documents and interact with the local police officials and doctors who had examined the former TV anchor after she was brought to the hospital,” said the team

The special crime unit of the CBI, which will conduct the probe, will focus on whether her murder was pre-planned, the motive behind this, whether her aides – Sudhir and Sukhwinder – are alone responsible for the murder, whether she was overdosed, who the supplier of drugs were and whether usurping her property had anything to do with her death.

The autopsy of Sonali Phogat revealed multiple ‘blunt injuries’ on her body. The Goa Police had also said that Phogat was “forcibly drugged by her two associates”.

So far, five persons have been arrested in the case, including her personal assistant Sudhir Sangwan and his associate Sukhwinder Singh.

Besides, Edwin Nunes, owner of the iconic Curlies where Phogat was seen partying hours before her death, as well as two others – Dattaprasad Gaonkar and Ramdas Mandrekar – have been arrested in connection with the murder.

Phogat, from Hisar in Haryana, was brought dead to a hospital in Goa in the intervening night of August 22-23 after heavy partying at Curlies restaurant at Anjuna beach.