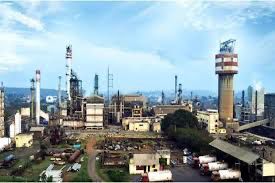 Goemkarponn desk
PANAJI: Former GPCC President Girish Chodankar on Saturday said that Prime Minister Narendra Modi, during his visit to Goa on Sunday, has got a good opportunity to prove his anti-corruption motto by directing action against Zuari Land Scam of Rs 6000 core and action against 21 reports by Goa Lokayukta against current and former ministers.
“People of Goa would appreciate Prime Minister Narendra Modi if he stands by his motto of ‘Na Khaunga, Na Khane Dunga’ by taking action against corruption cases. He should look into the Zuari Land Scam, worth Rs. 6,000 crores, and 21 reports of corruption submitted against public functionaries including former and current Ministers by the then Goa Lokayukta Justice (Retired) Prafulla Kumar Misra,” Chodankar said.
Chodankar said that the Zuari land scam is of around 50 lakh square meters of land, which belongs to Sancaol Communidade.
Chodankar alleged that the State Government is a “partner in crime” of this biggest-ever land scam in Goa and is reluctant to give information under RTI.
“One Narayan Naik had sought information under RTI from the Revenue Department. However, this department took the help of Sec 8H under the pretext of a ‘matter under investigation’ and rejected the request.
“Instead of investigating the land scam, Revenue minister Babush Monserrate has sent a note to Revenue Secretary to process the file for conversion of the said land. The Chief Minister also had given assurance on the floor of the house to keep the sale of Zuari land on hold. But it seems the scam is still in progress,” Chodankar said.
“Now Prime Minister should ask Pramod Sawant the status of the investigation of this matter. Else it will be proved that BJP boasts of anti-corruption motto before elections, and then they forget it to encourage corruption,” he said.
Chodankar also drew the attention of the Prime Minister to 21 Lokayukta orders of Corruption and requested him to give necessary direction to the Pramod Sawant-led government to file cases against the public functionaries.
Chodankar said that the people of Goa expect a firm stand by the PM on corruption.