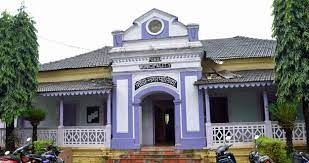 Goemkarponn desk
PONDA: Ponda Municipal Councillor Yogiraj Gosavi has issued a show cause notice to Shivanand C. H. Near Shankar Vijay Saw Mill, Nirancal Road, Silvanagar, Ponda, for illegal construction.
In the notice, it is said that during the routine course of an inspection carried out by the officials of this Council on 07/09/2022, it has been reported that the illegal construction of a shed with steel column with steel trusses having an area 17.80 mtrs X 11.20 mtrs without obtaining permission from Council.
“While there has been no prior permission / License has been taken from this office before construction of the said structures. The said illegal construction has been depicted in the inspection report entitled” Document of Transgression”.,” the notice said.
Further, it said that the Chief Officer of Ponda Municipal Council, in the exercise of the powers conferred on him under Sec. 184 and other relevant provisions of The Goa Municipalities Act, 1968 hereby directed to stop the ongoing construction and to demolish the illegal construction or to show cause with documentary evidence why the action deemed fit shall not be initiated by this Council within 15 days from the date of receipt of this notice, failing which further action will be initiated against you as per section 184 of Goa Municipalities Act, 1968.
Ponda Police are requested to keep vigil at the site and not allow any activity at the site.