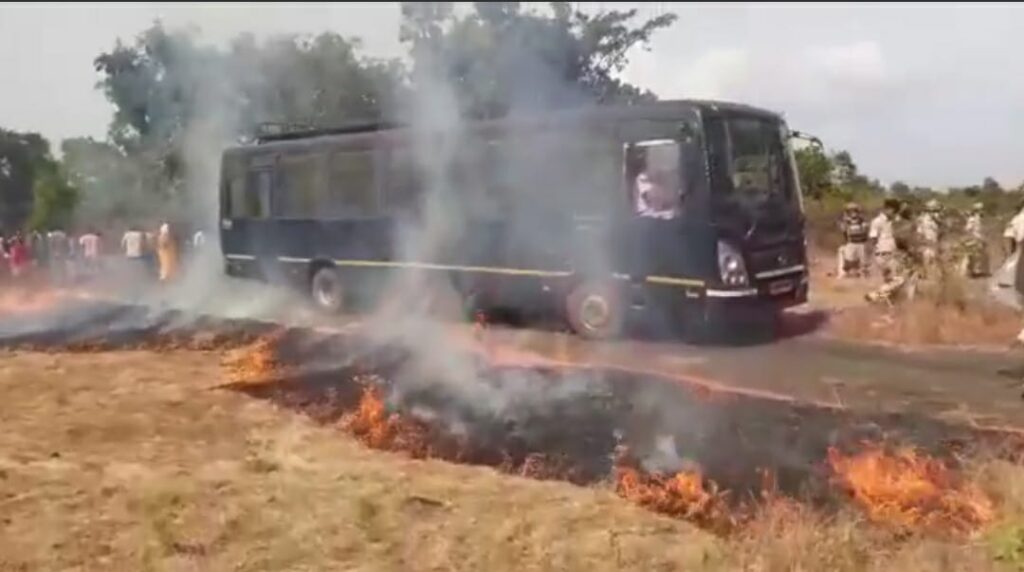 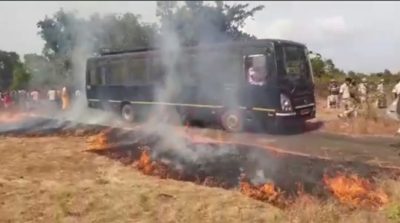 The Goa Police was forced to withdraw as the protest by Shel Melauli villagers took a violent turn.

Hundreds of policemen could not intimidate the protesting locals at Shel Melauli as the villagers continued to block the road leading to the area marked for IIT Goa.

The residents refused to give access to the government officers to demarcate the area for IIT Goa. Despite this, the authorities began demarcation process.

Following this, the villagers protest took a violent turn forcing the police team to withdraw.

The villagers also attempted to torch the police vehicles.

The villagers had announced their plans to protest and block the access last night after they came to understand that heavy police would be deployed to see that the locals do not block the roads.

As planned, hundreds of local villagers, mostly ladies, sat on the roads even as the police vehicles continued to pour in.

“We will not allow the government to grab our land we will continue our protest. The entire village is ready to get arrested,”  said Shubham Shivolkar, who is spearheading the protest.

He said the people are adamant no matter how much police force is roped in.

Besides police, mamlatdar and deputy collector were also present at the site.