Powers under Part III of IT (Intermediary Guidelines and Digital Media Ethics Code) Rules, 2021 not delegated to States: Ministry of I&B writes to States 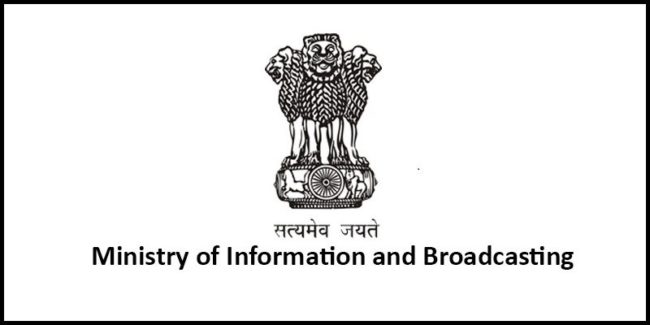 Goemkaponn DeskDELHI:Ministry of Information and Broadcasting has today written a letter to Chief Secretaries of all States and Administrators of all Union Territories (UTs) clarifying that the powers under Part III of the rules are administered by the Union Ministry of Information and Broadcasting. The letter has also underlined that these powers have not been delegated to the State Governments or District Magistrates or Police Commissioners.

It has also been requested that this information be brought to the notice of all concerned persons in States and UTs.

The letter has again clarified the provisions of the rules under Part III which relate to publishers of digital news and current affairs and publishers of online curated content (OTT platforms). The rules, the letter states, provide for a Code of Ethics to be followed by digital news publishers and publishers of OTT content, which includes five age based classification. Further, the rules require a three-level Grievance Redressal Mechanism consisting of the publisher (Level-1), self-regulating body constituted by the publishers (Level-II) and an Oversight Mechanism of the Government (Level III), with time bound grievance disposal mechanism. Finally the rules require furnishing of information by the publishers to the Government and periodical disclosure of information regarding grievance redressal in public domain.