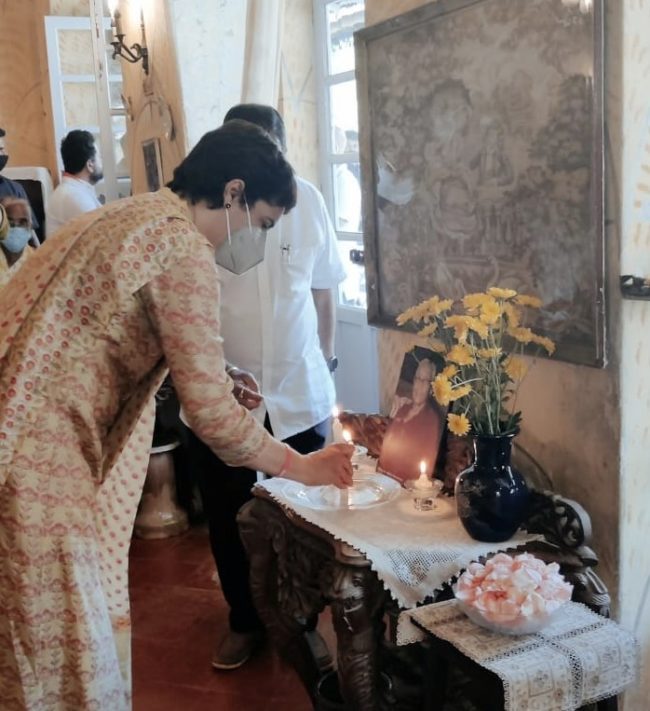 NUVEM: AICC Leader Priyanka Gandhi Vadra today slammed the BJP led state government for failing to focus on the people of the state rather than just retaining power.
Gandhi also claimed that there is a rise in crime against women in the state.
“The Election in Goa is very significant as the state is rich in resources and natural resources, and yet the state is second in terms of unemployment,” said Gandhi addressing the public in Nuvem.
She further said that the state government’s only focus is only staying in power, which can be seen during the 2017 election results in Goa.
“We must work hard to restore Goa in the hands of Goans; this is the central message; we must provide a government that works for Goa,” said Priyanka.

She further said that the state government’s sole aim must not be to capture Goa’s power and resources but to provide livelihood and jobs to the people.
“We have been receiving good feedback from our workers on the ground,” she said.
Gandhi said that Goa is rich in resources and skill, yet the 2nd highest in unemployment and also that wealth is being created only for a few. Goan youth are not getting jobs.
“Politics has become mostly negative today, no positivity, women being practical people can do it & bring positivity into politics. This is my belief,” she said.

She said that the Congress party has always stood for and with the women of this country. We gave India its first woman Prime Minister and the first woman President.
“If voted to power, the Congress Party has decided to give 30 per cent reservation to women in all government jobs. Earlier, under the leadership of Sonia (Gandhi), we ensured 33 per cent reservation for women in the Panchayat system. Today they get 50 per cent reservations because Congress struggled for them. We understand that a woman is a foundation and the spine of this country.” she said.
Further, P. Chidambaram urged the people to not vote for politicians who defect to other political factions.

Furthering his argument, he stated that Goa should eliminate the ‘disease of defection.
He said that Goa Legislative Assembly only comprises 40 seats and often faces the problem of legislators’ defecting from one party to another, thus, leaving the coastal state in political instability.
Meanwhile, Priyanka visited the house of late. Irene Barros, Former PCC President and the first woman Sarpanch of Betalbatim, offers condolences to the family in Betalbatim, Goa.
The assembly elections in Goa will take place in a single phase on February 14.

Relief to Parents !! No Fee hike in Private Schools this year

The Directorate of Education (DoE) on Thursday has issued a circular withdrawing fee hike for unaided schools for the academic year 2020-21. "DoE received several ... Read More