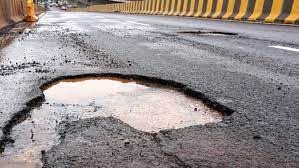 Goemkarponn desk
PANAJI: PWD Minister Nilesh Cabral today informed that a public grievances app will be launched next week where the citizens can directly lodge complaints regarding potholes.
“I’m making an app where people can lodge their complaints directly, and the potholes will be repaired immediately. This is a permanent mechanism for potholes,” said Cabral.
He said that the app will be launched next week while stating that JE, AE, CE, and others will be held responsible if they fail to take action on complaints received via the app, including suspension or termination of their services.
“We want to put in a mechanism, there will be an app in such a way that people will post the photos of potholes, it will reach the contractor, and within 98 hours, he will start working on it. It is a little complicated, but I am trying to do it. If it fails, then I will fail,” Cabral said.
Cabral said that there are many difficulties in achieving the goal of a 100 per cent pothole-free state, but he is trying for that.
“This jet patcher machine can suck the water from potholes and repair the potholes. But it is not possible if there is heavy rain. We are starting this (technology) on a trial basis,” he added.
Meanwhile, if the roads develop potholes, contractors will not be able to shrug off their responsibility.
“They will have to take responsibility for repairing the roads if they develop potholes before the guarantee period,” said Cabral.