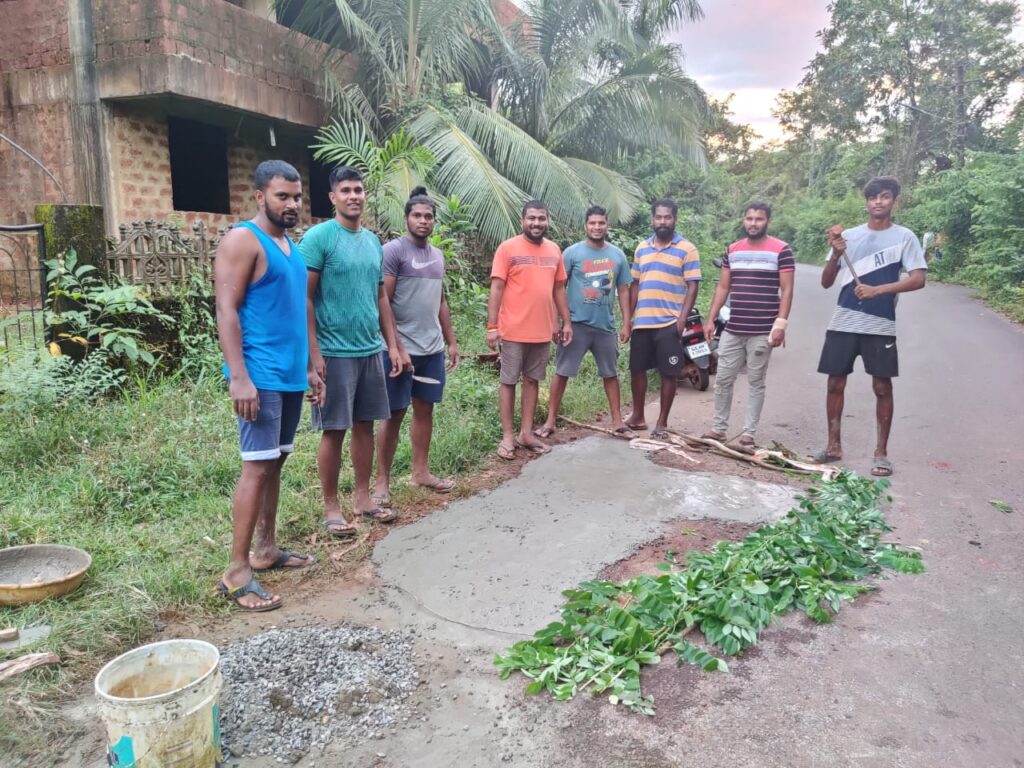 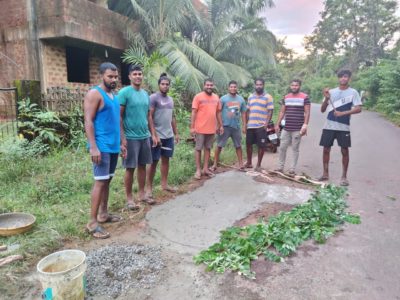 Goemkarponn desk
QUEPEM: The Youth from Amona, ward No. 7 of the Quepem municipality, took the initiative to fill the potholes in the ward, some of which were very deep.
They said that the potholes are repeated every monsoon due to sub-standard work carried out by PWD.
They said the PWD carries out the work only for the namesake by carrying out the patchwork. As a result, the locals have to face the problem with frequent accidents.
They also said that the current potholes have existed for the last four months, but teh authorities are not bothered.
“Finally, our local youth decided to fill the potholes as well as show that this would open the eyes of the government,” they said. 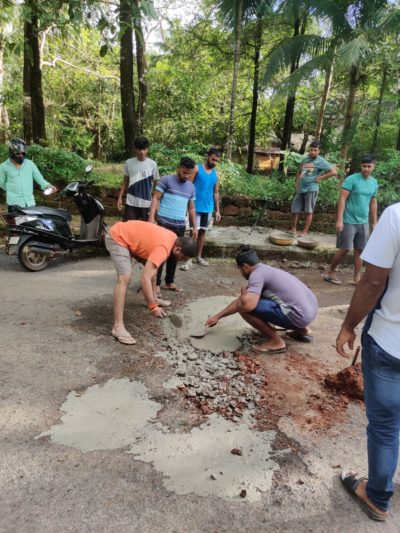 The local youth of Amona said to fill the potholes is to safeguard and secure the villagers on the roads.