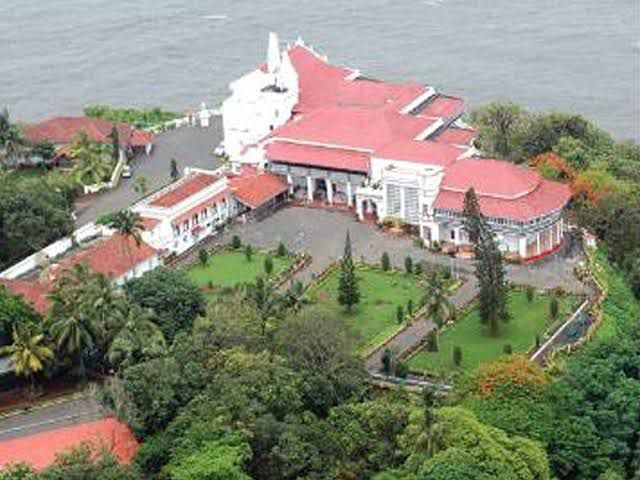 PANAJI: Goa State Information Commissioner (GSIC) Vishwas Satarkar today adjourned to the April 28th hearing on the two appeals filed by Adv. Aires Rodrigues over the failure of Goa Raj Bhavan to furnish the information sought by him under the Right to Information Act.
Secretary to Governor Mir Vardhan, the First Appellate Authority, and Gaurish Shankhwalkar, the Joint Secretary besides the designated Public Information Officer (PIO) at Raj Bhavan, sought time to file their replies.
Adv. Aires Rodrigues, in his appeals, has submitted that the Raj Bhavan had denied information with erroneous, frivolous, unwarranted bald-headed and malafide intentions while the non-furnishing of information was illegal untenable and with suspect motives.
Adv. Rodrigues has stated that while failing to furnish the information sought, the Raj Bhavan had high-handedly taken shelter under unacceptable reasons in rank contravention of the RTI Act.
On October 11th last year, Adv. Aires Rodrigues had sought from Raj Bhavan copies of all the official letters written by Governor Satya Pal Malik to the Prime Minister and Home Minister during his tenure in Goa from November 3rd 2019 to August 18th 2020 but PIO Gaurish Shankhwalkar informed Adv. Rodrigues that letters written by former Governor Malik to Prime Minister and the Union Home Minister were not available despite being searched.
In another application on December 16th last year, Adv. Rodrigues had sought a copy of all the official letters received by the Goa Governor from the Prime Minister and Union Home Minister from November 3rd 2019, to August 18th 2020, which also pertained to the period when Satya Pal Malik was Governor of Goa. PIO Gaurish Shankhwalkar in his reply to Adv. Rodrigues stated that the official letters from Prime Minister and Union Home Minister were all received in closed sealed envelopes and were handed over to Governor’s Personal Secretary and that he does not know about the contents of those letters and that they are not part of the records and files of his office and as such the information sought was not available with him.
It may be recalled that for over a decade Goa Raj Bhavan was the only Raj Bhavan in the country not complying with the RTI Act while claiming that it was not a ‘Public Authority’. The Petition filed by the Raj Bhavan challenging the 2011 High Court order which had ruled that the Goa Raj Bhavan was a Public Authority was pending in the Supreme Court for a decade but on October 2nd last year Governor P. S. Sreedharan Pillai decided to lift that decade-long veil of secrecy by announcing that the Goa Raj Bhavan would now abide with the provisions of the RTI Act.