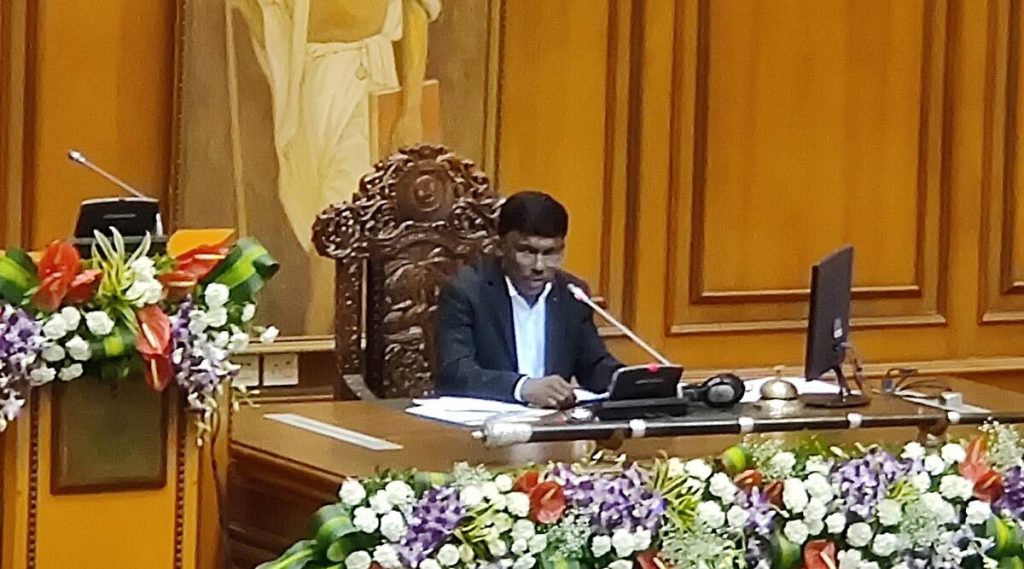 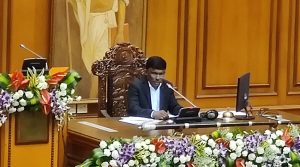 Goemkarponn desk
PANAJI: Former Goa Pradesh Congress Committee supremo Girish Chodankar said that Goa Legislative Assembly Speaker Ramesh Tawadkar has been caught indulging in active party politics and demanded that the Speaker be removed to maintain the independence of the Speaker’s Chair and the dignity of the state assembly.
Girish Chodankar charged that the Speaker of the Goa Legislative Assembly participated in BJP’s ST Morcha meeting held in New Delhi along with its State party presidents.
Chodankar said that the Speaker should give up all-partisan affiliation once elected. This democratic convention was followed by all former Speakers. There are two glaring exceptions, i.e. the tenure of Speaker Pramod Sawant and now of Tawadkar.
“A Speaker should remain neutral and respect the constitutional position. One fails to understand in what capacity the Speaker attended BJP’s political meeting. Being a Speaker himself, Ramesh Tawadkar has not only indulged in political activities, but he and the BJP are on a mission to destroy even the Constitution of India,” said Chodankar. We have Speaker Tawadkar adjourning a session of the House well before lunch break during the election canvassing visit of BJP Presidential candidate Ms Draupadi Murmu. Tawadkar was seen on the dais at a campaign meeting during a House session. This is something worst and disgusting.
Terming the behaviour of the Speaker partisan, immoral and anti-democratic, Chodankar said, “As the Speaker of Goa Legislative Assembly, Ramesh Tawadkar, has failed to uphold the dignity of the august house and his esteemed chair of the house.”
Chodankar questions, “While holding the Chair of the Speaker, how can he attend a party meeting and displaying in public affiliation with party politics. The Speaker is expected to be neutral and not take sides on political considerations, but unfortunately, Tawadkar has lost the right to hold the prestigious Chair, and we demand his resignation immediately.
He is a quasi-judicial authority for four disqualification petitions right now, and Goans cannot expect justice if Tawadkar continues as Speaker. He will be guided by party interests and will succumb to work under party instructions.
Chodankar said Speakers must rise above party loyalties, with Constitution as their guiding light. In our country, it is common convention and practice that the Speaker of the House has resigned from all party positions the moment the MLA is elected as Speaker. The Constitution has also made the provision for the Speaker’s resignation from the primary membership of the original political party, and the tenth schedule gives all protections to the Speaker in this regard.