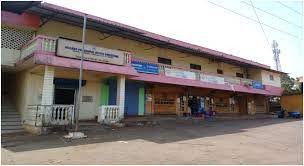 Goemkarponn desk
CANACONA – Alleging forgery and manipulation in the passing of 14 tender works by the Shristhal panchayat, a resident knocked on the doors of several authorities to stop the misuse of public funds.
In his complaint, Prashant Shanta Tupaki, resident of Shrishthal, called for immediate site inspection and inquiry alleging forgery/manipulation by Village Panchayat Shrishthal during the passing of 14 tender works in Shristhal village.
Shrishthal panchayat published 14 Sealed percentage rate tenders in December 2021. Out of these 14 tenders, works at 6 of the published tenders already existed and bills for the same will be raised and paid for the existing works.
Tupaki also mentioned the works that were already in good condition even before the opening of the tenders to take up those works. The works are the Construction of the Gutter at Mokhard, the Repair of two numbers of Drinking Water Wells at Khalwadem and Mokhard, Repair of three roads, including two existing roads at Paricatta.
Besides, Tupaki alleged that the tender is allotted for the repair of an existing road from NH-66 road to the house of one Ravi Bhandari at Mokhard, whereas in reality, there is no such existing road at all.
Pratap further alleged that one Pavan S Tubki had already complained well before the opening of the tenders in April 2022, saying the tendering itself was a big scam and misappropriation of the fund without following rules and procedures and suspected the involvement of Sarpanch, panchayat Secretary and BDO along with it’s Junior Engineer.
Pratap requested to take immediate action to stop the said tenders before completing the billing process and conduct a detailed inquiry to stop malpractices and misuse of funds from the government treasury.
The complainants are already submitted to the Director of Panchayat, Director of Vigilance, Secretary Vigilance, Dy. director of Panchayat, Margao, and BDO Canacona.