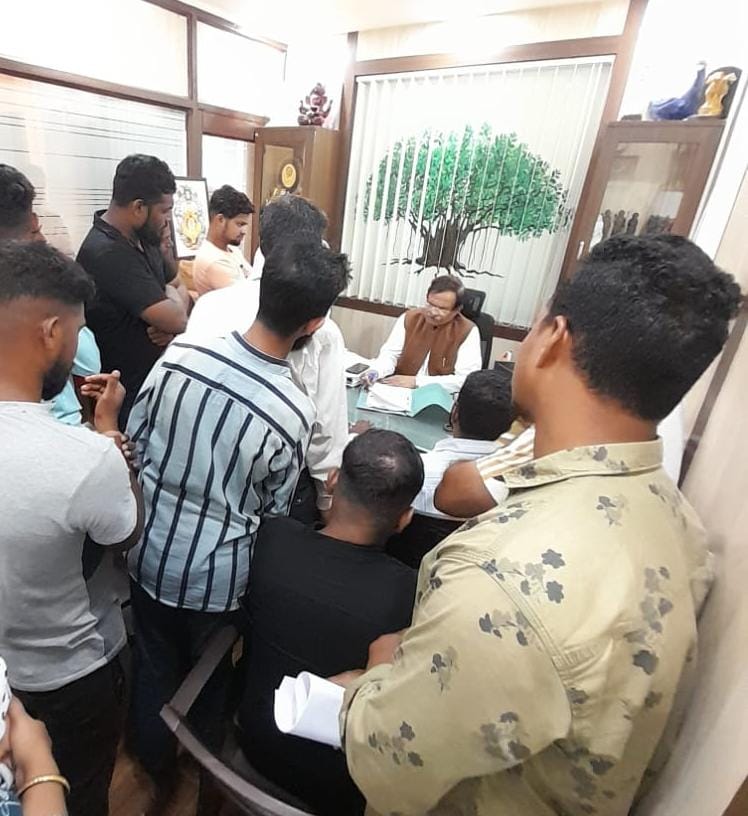 Goemkarponn desk
PONDA: Contract employees from the Ponda Post Office, retrenched from service, submitted a memorandum to Union Minister of State Shripad Naik.
The memorandum demanded immediate withdrawal of the Maharashtra GDS / Postman appointed in Goa and reinstate Goan employees ‘ services in the post office.
Aam Aadmi Party (AAP) Vice President Adv Surel Tilve, who accompanied the di missed workers, urged the Union Minister to raise the issue in Parliament and to demand changes in the recruitment rules so that Goan youth receive preferential treatment in all the Central government departments having offices in the State.
Tilve said knowledge of the official language Konkani must be made compulsory for such posts. At the same time, Tilve exposed that in accordance with the Department of Posts, India’s recent notification, more Goan postmen will soon lose their employment.