Rising from the sea, Resisting on land; Fishworkers say will not back down 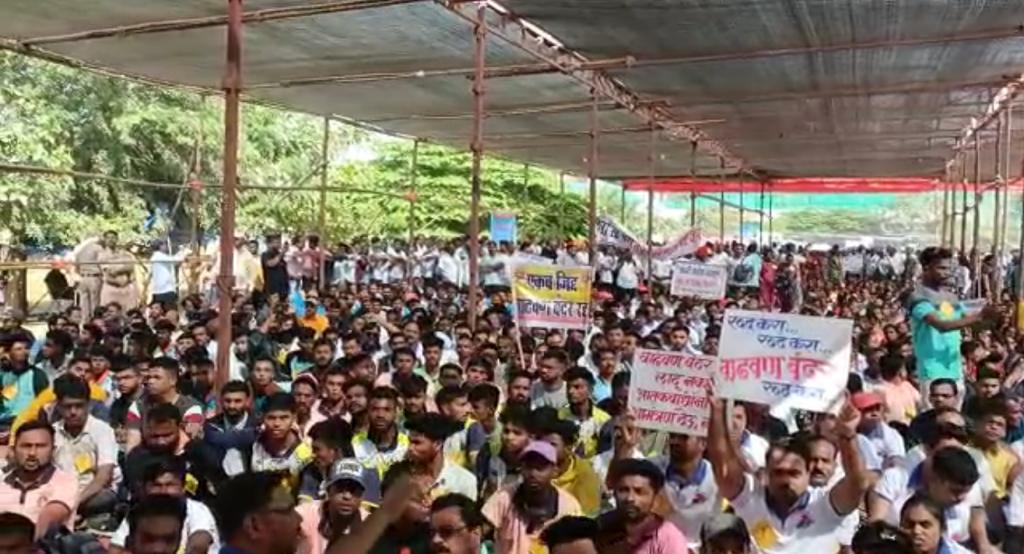 Goemkarponn desk
VASCO: This World Fisheries day, the National Fishworkers Forum resolves to resist and push for the rollback of the policies and projects which threaten coastal and marine ecologies on which the lives and livelihood of fish workers are dependent.
Across the nine coastal states of India, the affiliates of NFF have criticized and mounted protests against policies and projects being implemented:
National fish workers forum celebrated World Fisheries Day by addressing a mega rally on account of World fisheries Day against Adani’s Wadhvan Port at Azad maiden, Mumbai.
Olencio GS Stated that Wadhvan Port is to be built with 30 berths to transport 300Million meter tonnes per annum of cargo mainly consisting of Coal.NFF has warned the central government to stop the destruction of the coastline as this will have an irreversible impact on ocean temperature, leading to climate change.
In Kerala, the Kerala Swanthanthra Matsya Thozhilali Federation held a Sea Satyagraha across 14 districts with a single demand to withdraw the Vizhinjam project in its totality. The project itself has already caused extensive environmental damage and displacement. In the aftermath of recent floods, which led to devastation and loss of lives, this project is seen as one that makes the coast and its people even more vulnerable to disaster and climate change-related impacts.
The Dakshin Banga Matsya Jeevi Forum in West Bengal had more than 17 gatherings in various districts of South and North Bengal Bengal, warning the government to withdraw initiatives to marginalize the small-scale fish workers. Commemorating World Fisheries day, they hoisted the flags in the meetings.
Tamil Nadu was resisting the draft CZMP 2019 released by the Department of Environment on October 2022 for public consultation, and the last Day to register the comments was 21 November 2022. The fishers’ unions petitioned the district as well as the state authorities to Give up CRZ 2019 and draft CZMP 2019 consultations which are not relevant to the way of life of the traditional fishers. Today, the unions announced black Day for FISHERS and demanded to provide CRZ2019 in regional languages as well as access to each village. Further, they have demanded to revisit of the CRZ 2019 and scrap the draft CZMP 2019 to secure the traditional rights of fishers. In Tamil Nadu, unions have organized several gatherings across in coastal districts of Tamil Nadu.
The Traditional Fishworkers Union in Andhra Pradesh and the unions in Pondicherry and Odisha commemorated this Day with enthusiasm and gave stern warnings to the anti-fishing community policies being implemented.
National Fishworkers Forum celebrates World Fisheries Day to commemorate the Global Fisher Movement’s formation in New Delhi in 1997.
As a co-founder of this movement, NFF draws strength from the history of the struggle and commits to forming regional and national coalitions that will feed into Global Natural Resources Dependent Communities Forum to fight against the forces which are against the people and nature.