Ropeway project from Panaji to Reis Magos across river a reality soon? 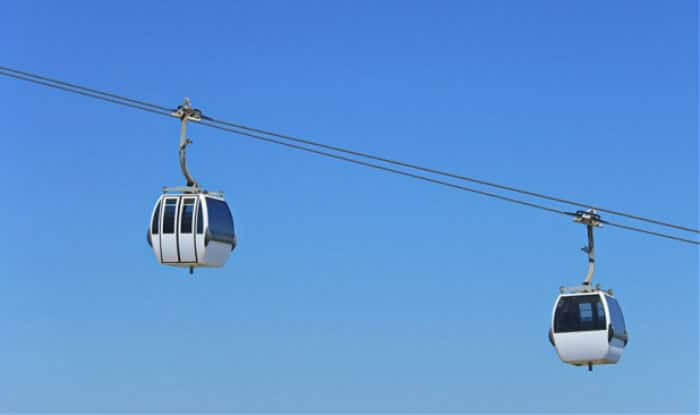 PANAJI: The long pending ropeway project over the Mandovi River, stretching from Panjim to the village of Reis Magos across the river is expected to be a reality soon.

Goa Tourism Development Corporation (GTDC) is all set to revive its six-year-old ropeway project, which was stalled almost four years back due to various reasons. The project, worth Rs 150 crore, is considered as major tourism attraction.

The project was initially envisaged in 2016

The Goa Coastal Zone Management Authority (GCZMA) during its meeting held on September 30 decided to grant No Objection Certificate (NOC) to the project.

The GTDC has approached GCZMA with a permission seeking clearance under Coastal Regulation Zone (CRZ) for the project “development, operations and maintenance of passenger ropeway along with allied tourism activities between Panjim and Reis Magos”.

The Investment Promotion Board (IPB) in 2015 has granted in-principle approval to the ambitious project, followed by cabinet approval in 2016.

In 2016, GTDC had executed an agreement with Royal Rides to undertake the project on Design, Build, Finance, Operate & Transfer (DBFOT) mode.

However, in 2017, IPB withdrew in-principle approvals granted to 17 investment proposals including ropeway project for falling under the Coastal Regulation Zone (CRZ) areas.

The project has proposed facilities like recreation and entertainment tourism activities such as Gondola restaurant, 4D aquarium, zip line, and a revolving restaurant among others.