In a matter of minutes, both shacks were gutted in the wildfire caused by short-circuit 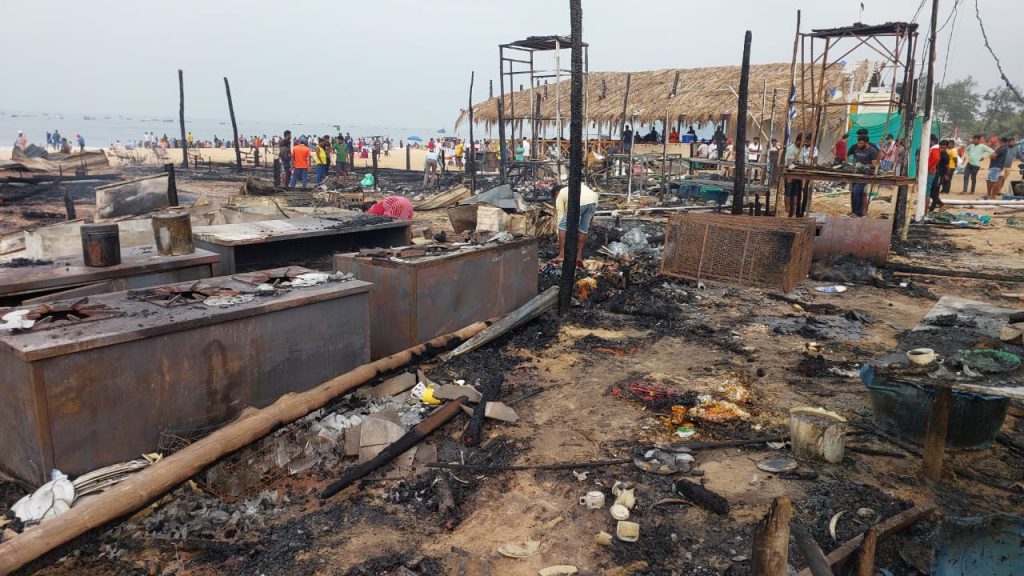 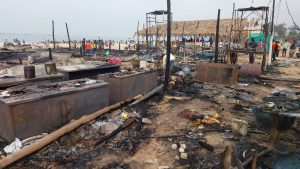 Goemkarponn desk
CALANGUTE: In a tragic development, two shacks were gutted in a fire on Calangute beach in the wee, causing a loss of Rs 80 lakhs to the owners.
Two shacks – Sand Bar & Baywatch, were gutted in fire at around 2.30 pm.
As per the eyewitnesses, the Sand Bar shack caught fire due to short-circuit and spread to the next shack.
The fire started at 2.35 with a thud and spread quickly, and within 15 minutes, at about 2.50 am, everything was over.
The Fire Brigade team is learnt to have arrived at 3.30 pm from Panaji.
Manoj Naik, owner of Sand Bar, said that he was informed by the staff of fire, and when he reached, he made frantic calls to Fire Brigade, but they arrived late.
“A sabotage cannot be ruled out, but as of now, I cannot say anything as everything is finished,” he said.
Bay Watch shack owner Benedict Rodrigues stated by the time the Fire Brigade team reached after, everything was gutted. 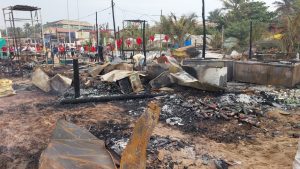 “There was a blast and fire in another shack, and it spread in my shack also. There must be a fire station in Calangute. We cannot blame anyone as of now,” he said.
Joseph Sequeira, Sarpanch VP Calangute, feels really sad about it as we cannot say why this fire took place.
“Whatever help we can, we will give the owners, but that would not be more. We would give Rs 1 lakh to each one,” he said.
There should be some distance between shacks, but the Tourism Department just come here to measure and allot shacks. They do not take panchayats into confidence, he said. 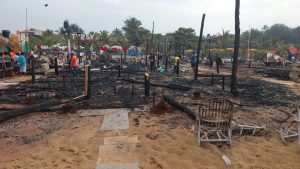