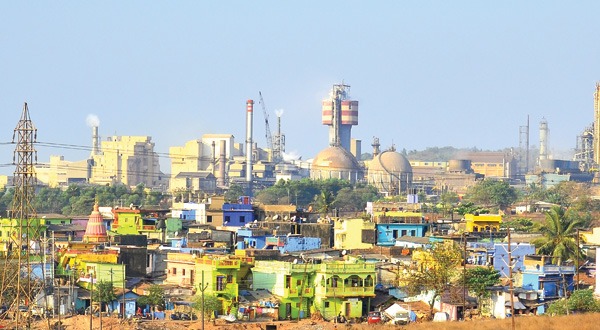 Goemkarponn desk
SANCOALE: RTI activist Narayan Naik on Saturday claimed that Zuarinagar was a breeding point for Rohingya Muslims and alleged that Sancoale Panchayat was indulging in providing fake birth certificates.
Naik also appealed to the police to raid the scrap yards and verify the owners’ documents for more clarity on his allegations.
“I had complained to all the authorities in 2018 that Zuarinagar, the biggest slum area, is a breeding point of Bangladesh Rohingya Muslims who get all the facilities from Sancoale Panchayat who even provide them election cards and Aadhar cards,” he said.
Naik says the main issue is that a fake birth certificate registration is happening in Zuarinagar, and the proof of this is sent by the Passport office to Sancoale Panchayat.
“I have attached these documents and complained to the police, Dy Collector and other authorities. No one wants to act in the illegal scrap yards run by people whose credentials have not been verified because they have a God Father. If the Government supports me, I can show them the scrapyards and prove my allegations on fake Aadhar cards, ration cards and birth certificates,” he alleged.
He said that if these people are raided by the police and their antecedent are verified, police will get a huge chunk of Bangladeshi Rohingya Muslims.
“I request the police to arrest all the scrap yards owners and verify their document,” said Naik.