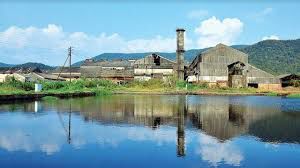 Goemkarponn desk
PONDA: The confirmed staff of Sanjeevani Sugar Factory at Dharbandora today said the government is doing injustice to them by not paying ex gratia money to Confirm Staff. There is a total of around 181 employees with approximately 100 confirmed staff.
However, ex-gratia is sanctioned only for contract workers.
The confirmed workers said the earlier government used to pay ex gratia to contract as well as confirm employees but recently, on 29 August, there was a notification from the Director of Agriculture that ex gratia will be paid to only contract workers. There is no mention of payment to 100 confirmed workers.
The confirmed workers further said that “Ex – Gratia ” was given to both Confirm & Contract staff of Sanjivani Sugar Factory as per Maharastra Sugar Wage Board for the last 48 years since the inception of the Sanjivani Factory as some help for Ganesh Chaturthi Festival because of low Salary Payment to Sanjivani Workers under Maharashtra wage Board.
According to to confirm workers from 2019 onwards, the Sanjivani Sugar Factory Administration was Under Agriculture Department which has given Ex – Gratia ” to Sanjivani, Confirm & Contract staff in 2020 & 2021, but this year Agriculture dept made a difference between Confirm Staff & Contract staff and that Ex-Gratia of this year sanctioned only to Contract staff & not given to Confirmed staff even after the money approved from Finance Department.
Confirmed Workers said Ex – Gratia benefits preference should be given to Confirm Workers of Sanjivani, as Maharastra Wage Revision Board only for the Confirm Staff. So Confirm Workers of Sanjivani Sugar Factory Questioned why Agriculture Officers are making a difference between Confirm and Contract staff even After Ex Gratia ” was also Sanctioned to the Confirm staff by the Finance Department.”
They requested Chief Minister Dr Pramod Sawant and Agriculture Minister Ravi Naik to look into their issue as to why the Agriculture Department is not ready to give ” Ex – Gratia ” to Sanjivani Confirm Staff even after being Sanctioned by Finance Department.