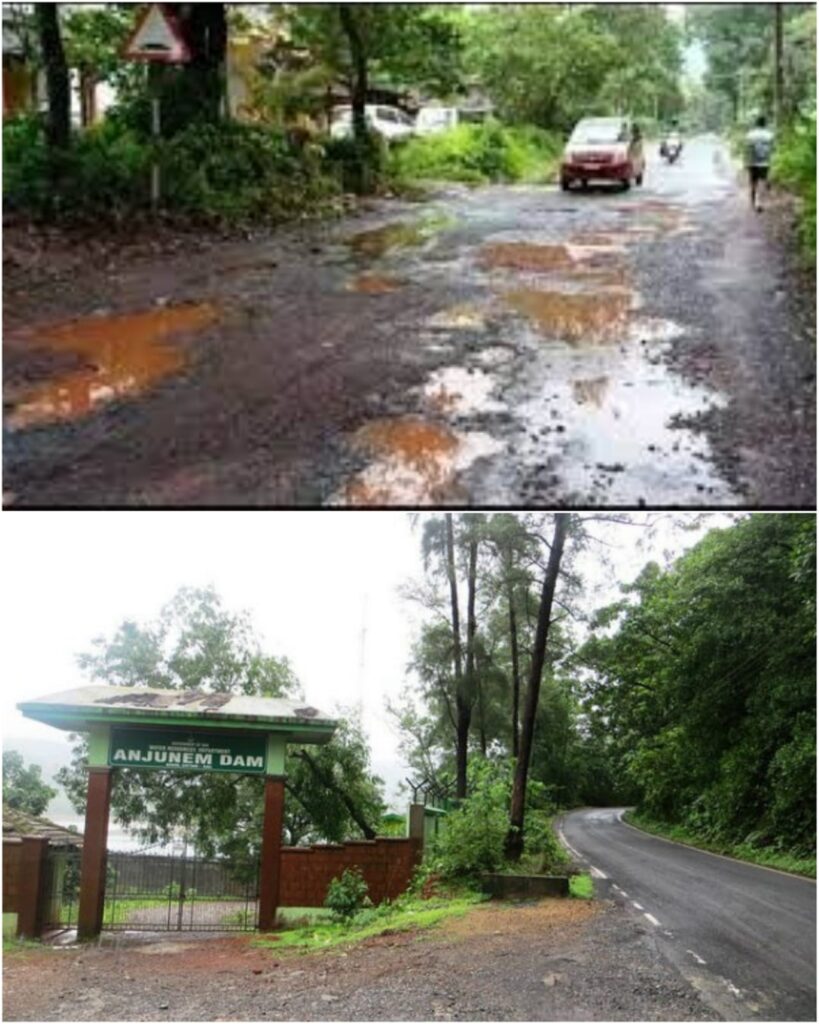 Orders inquiry into Sankhali-Chorla road repairs; suspends engineers
Also, orders fact-finding exercise of any laxity in any other projects in Goa; ATR to be submitted in 45 days 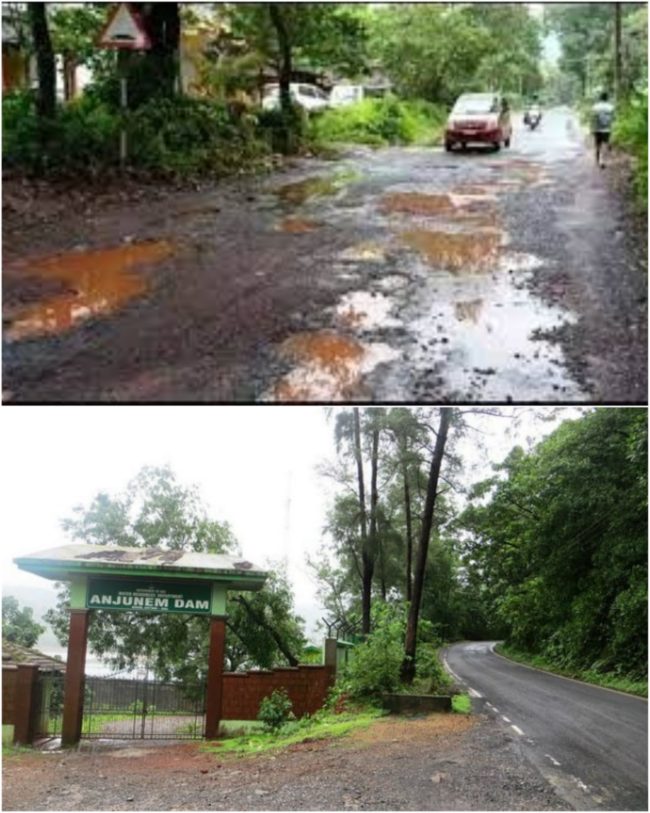 PANAJI: In an interesting development, Chief Minister Dr Pramod Sawant has initiated an inquiry into the Sankhali-Chorla road repairs and suspended the assistant engineer and junior engineer pending an inquiry.
The work has been tendered to Interbuild Infrastructure at an amount of Rs. 11 crores 89 lakhs.
“This pertains to improvement of existing road admeasuring 27 kms from Chorla Ghat to Sankhali. I am surprised to see the insensitivity of the engineers in the matter,” the Chief Minister’s note said.
The note says that the work order was issued on 14th August 2020 and the stipulated date of completion was 13th August 2021.
“It takes 5 months to transfer the work from Div XXIII (R) to the National Highway,” CM noted.
Further, he says, 50 mm of DBM was to be laid for 17 km and 40 mm BC was to be laid for the entire 27 Kms apart from the cleaning of drains, raising of side shoulders and road furniture.
“As per the noting herein, DBM is laid for 17 Kms in accordance with the work order. The laying of BC is partially done at different stretches of roads, admeasuring 15/27 Kms.
“A) If the entire stretch of 27 Kms is divided into two sections:
1) Section A – From Sankhali to Keri (10 Kms) and
2) Section B – Keri to Chorla (Goa border) -17 Kms.
Section A is a densely populated area. The road is really in bad shape. Hence it is expected that the work on this section is completed on priority. But the contractor has preferred to complete the ghat section on priority. Engineers have not shown any such inclination in prioritizing the works,” CM says.
He added, “B) Quality Control appears to have been compromised since the top layer, i.e. BC layer, has
slipped away at many places. This amounts to a major lapse and is definitely unacceptable. C) A third-party audit is a must, and the cost of the same is to be recovered from the contractor,” CM said.
Sawant further says that considering the above, an inquiry be conducted, and the concerned Assistant Engineer and the Junior Engineer be suspended pending the enquiry.
“The Government has sanctioned several major roads during last 3 years. There is every possibility such instances might have occurred during the execution of other roads. Hence it is necessary that for all such major roads, fact-finding exercise needs to be conducted, and action is taken be informed within 45 days,” he said.