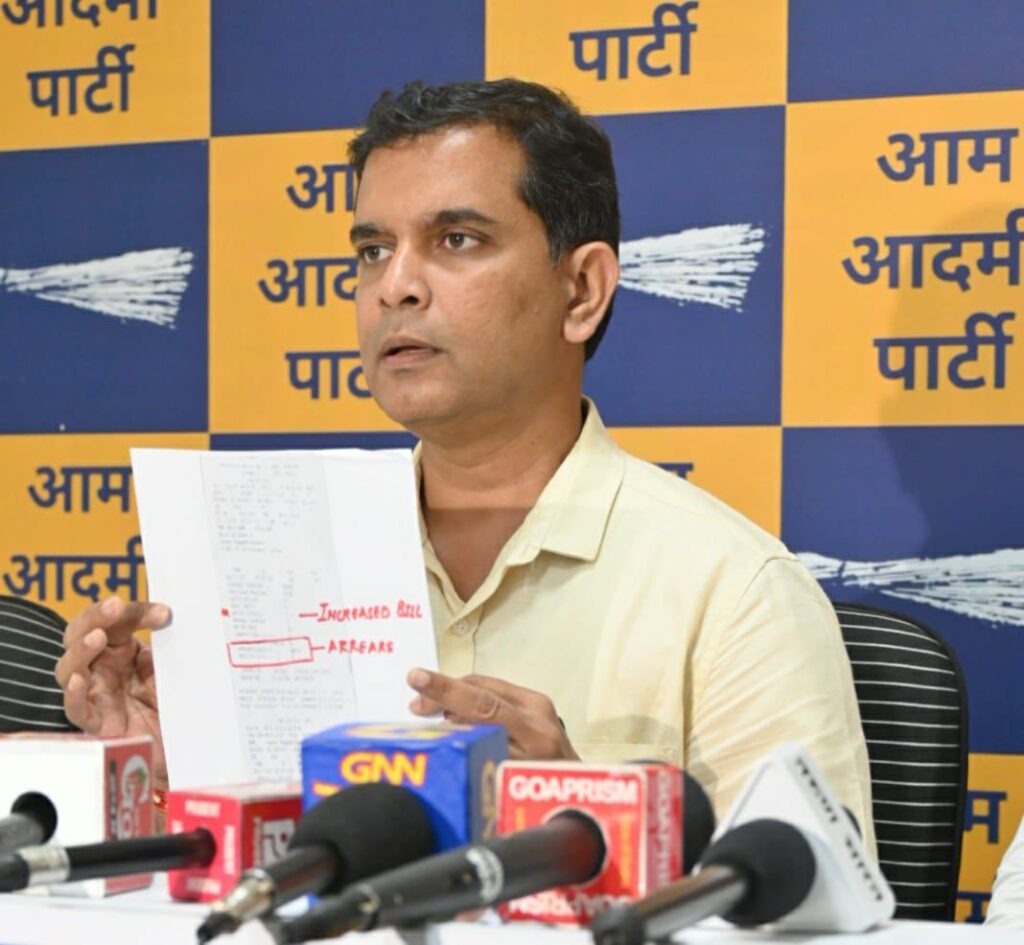 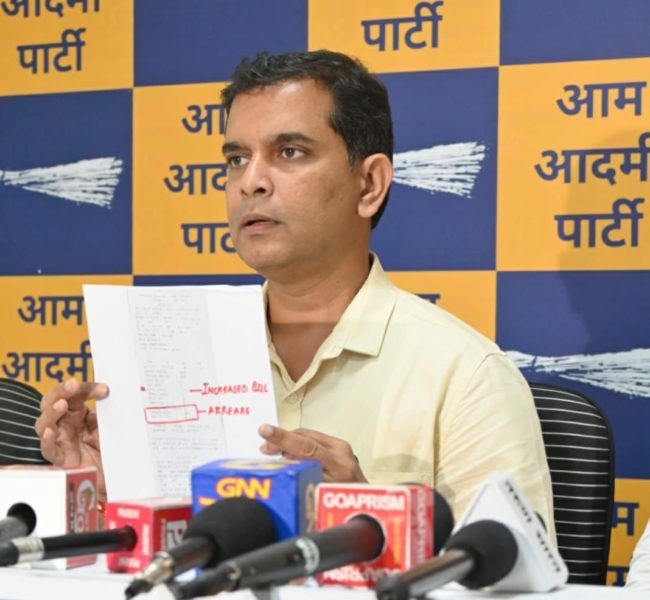 PANAJI: Aam Aadmi Party CM candidate Amit Palekar slammed the Pramod Sawant led government for charging interest on water bill arrears and challenged Sawant for debate on inflated water bills.
Palekar asserted that consumers who heeded CM Pramod Sawant’s advice, asking them not to pay their exorbitant water bills issued in December last year as technical errors in the computation, are now paying the price.
Palekar said, “Many of the bills received this month carry interest on the arrears of the previous unpaid bills, which should otherwise have been zero bills after the government decided to give 16000 litres of water free”.
Palekar cited an example where a family in the Sakhali constituency received a water bill of Rs. 8753; of which Rs. 2775 is the new amount and Rs. 5915 is the arrears. This demonstrates that the government is spreading lies under the guise of free water. Palekar argued that CM Sawant should be charged under IPC 420 for cheating Goans.
He said, “At the height of Arvind Kejriwal’s electricity guarantee, the Sawant government announced in August last year that it would give free water to Goenkars of 16,000 litres. As September came along, many Goenkars complained about high bills. In October, the matter reached a boiling point as many began receiving bills in thousands and lakhs”.
On the day following Christmas last year, Sawant complained that many consumers across the state had received inflated water bills because of mistakes committed by the Public Works Department.
“This clearly shows that Pramod Sawant is a weak and incompetent CM, who still cannot find out who made the error. When many of the Goans lost their source of income due to Covid, how can the government expect them to pay high water bills? The government should be ashamed for sending interest on arrears”, he said.
He added, “People are suffering because of inflated water and electricity, and CM Sawant is clueless. It is high time that Goans stop falling prey to the BJP’s false assurances and invest in AAP, which will provide honest governance”.