Second leader of the Opposition to desert Goa Congress in 4years *Congress not interested in its own revival, says Lobo 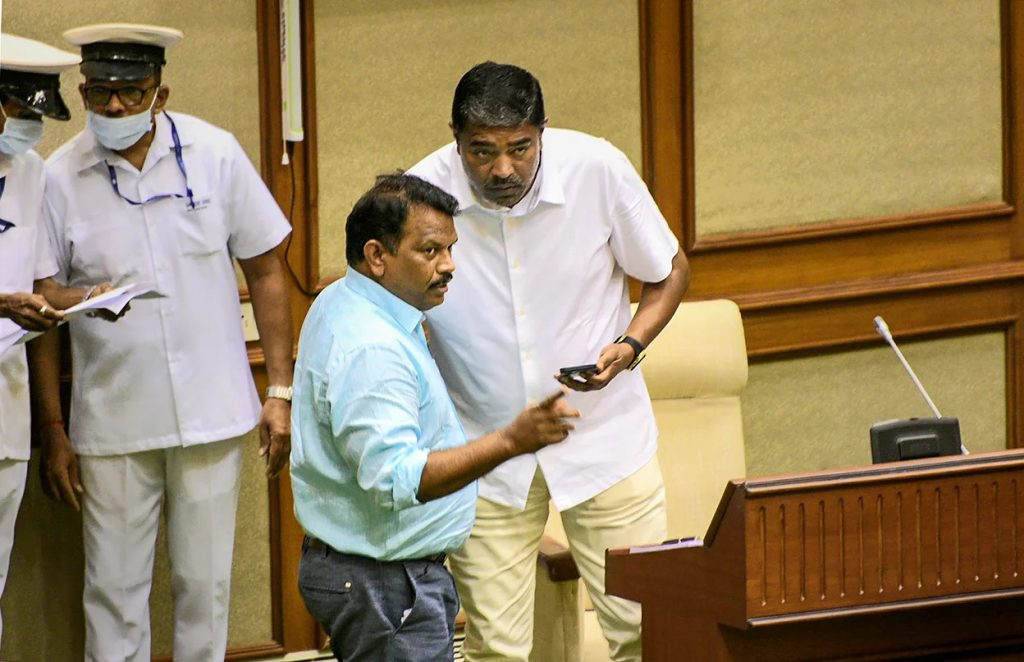 Goemkarponn desk
PANAJI: The Congress, which is bidding for the revival of the party after a spate of defeats in the states, has been dealt another blow with 8 MLAs splitting the party and joining the ruling BJP.
However, one glaring point is that whoever becomes the leader of the Opposition quits away the party and takes away the chunk of MLAs along with him.
This seems to have raised a major question at the State and national levels.
While in 2018, it was Chandrakant Kavlekar (Babu) who led the coup with 10 MLAs to join the BJP. Come 2022, it waqs Leader of Opposition Michael Lobo, who has dealt another blow to the Congress in Goa.
Speaking exclusively to Goemkarponn, Lobo said, “The Congress is not serious at all of its revivals.”
“The Senior leaders or the so-called national leaders do not have time for a small state like Goa. they are busier with pets and other works,” he said.
Lobo said he had joined the Congress last year as he thought that he would be able to bring around change, and the winds of change were blowing in that direction.
“However, Congress could not take advantage of the situation and took some rash decisions during elections, which cost them dearly,” he said.
He said even after losing elections, the attitude of the leaders does not change.