Shantinagar to Varunapuri highway stretch is full of mixed waste 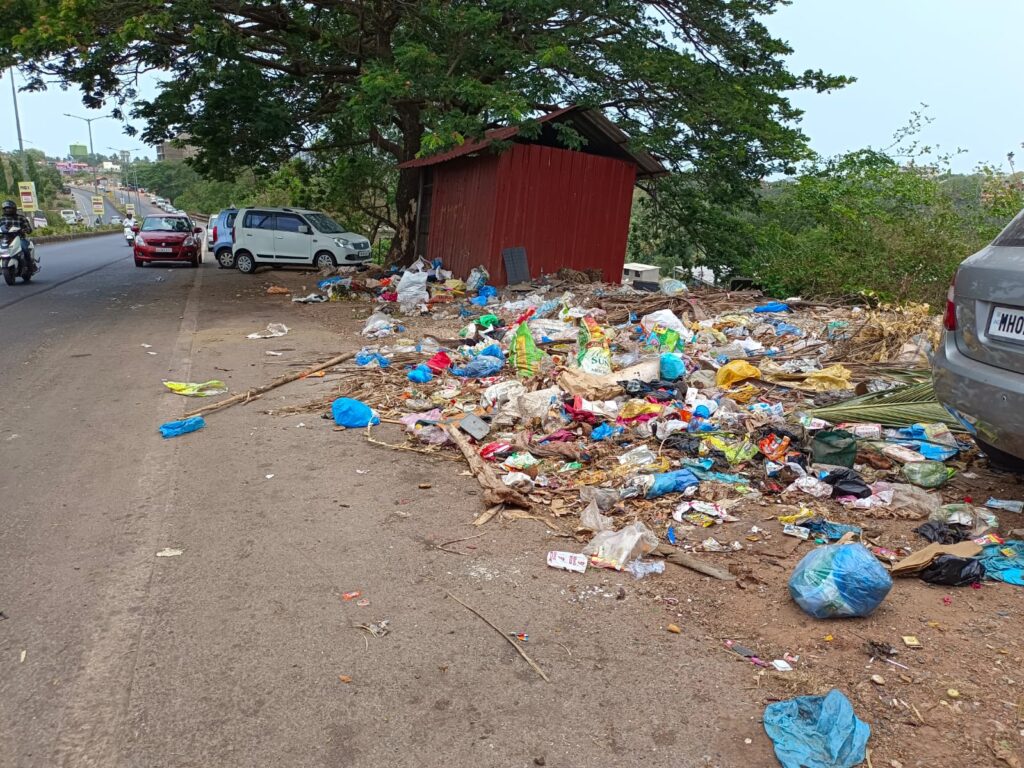 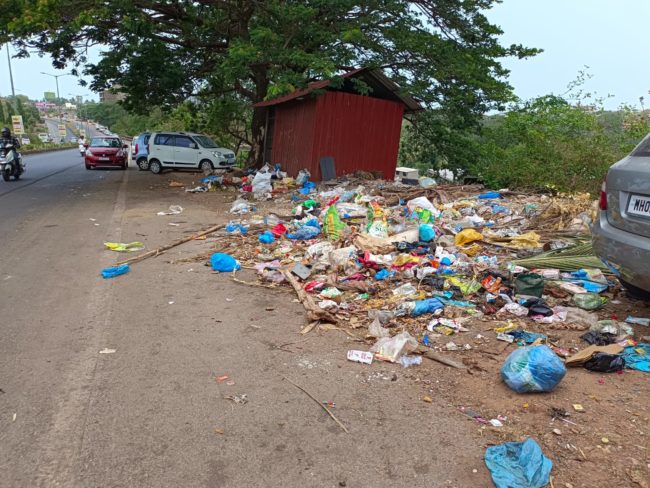 VASCO: Mormugao Municipal Council falls flat on its promise to clear mixed waste from its municipal area. Shantinagar to Varunapuri highway stretch is full of mixed waste and construction debris.
The garbage issue is one of the significant problems the MMC had pledged to solve after the council election. Almost it is nearing a year after forming a new council post Municipal election but ironically the council has fallen flat on its tall promise to clear all waste from its municipal area and to resolve the garbage issue permanently.
Nasir Khan, Congress leader, slammed Mormugao municipal council for its inability to sort out the garbage issue. He pointed out that the mixed garbage which has been piled up is stinking. There are vectors like cockroaches, flies, rats, stray dogs, Cattle, and even eagles feasting on this garbage.
He also said that just a kilometer ahead, there is a Dabolim international airport and the bird movement like eagles near the airport due to this openly dumped garbage is very dangerous.
When contacted by MMC chairperson Damodar Kaskar, said that he would put some laborers and will clear the waste immediately